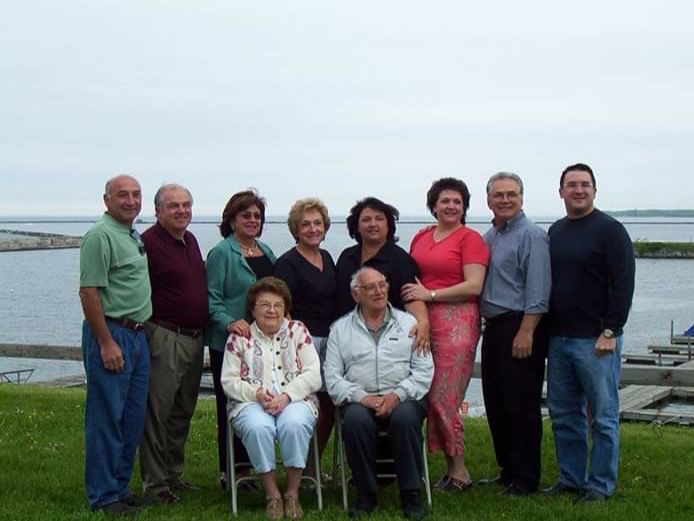 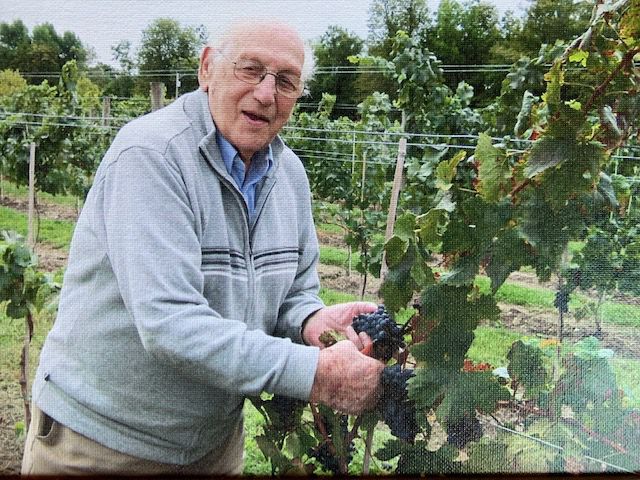 Joe Colloca, above, pictured at the Colloca Winery and Estate in Fair Haven, which was founded by Joe's youngest son, Christopher.

Joe Colloca, above, pictured at the Colloca Winery and Estate in Fair Haven, which was founded by Joe's youngest son, Christopher.

Mitta is a small village in northeast Sicily but its contribution to the Oswego community has been great. Mitta sent us its sons and daughters in the late 1890s to early 1900s with names like Scandura, Taormina, Brancato, Chillemi, Salvadore, Curcuruto, and Colloca, just to name a few.

My sister, Maureen, is a close friend of Janice Colloca Snyder and the two together recently toured Sicily. They came upon a cemetery when directed there by one of the distant Colloca cousins who remains a resident.  They also found the original family homestead, now in ruins, which contained a wine press.

Lengthy articles could be written about each family’s contributions, but today I want to focus on the Colloca family and the enormous contribution they have made to this region and our nation.

Wine making has been a long held Colloca family tradition which has blossomed over the last decade with the establishment of the Colloca Winery and Estate in Fair Haven by Joe Colloca’s youngest son, Christopher.

There were 7 Colloca children whose parents migrated here from Mitta.  The oldest, Mary, was born in Italy and had two sons, Fran and Rich (now deceased).  Joe Colloca was the second oldest, and he married Eris Davey from Altmar. They had eight children. Joe ran a tailor shop and dry cleaning business with his brother Jim for many years. Deluxe Cleaners was located at the northwest corner of West Third and Bridge streets where The Sting tavern now sits.  Joe died at the age of 97 in 2013, and his sister, Josephine, still lives in Oswego at age 102.  Brother John and wife, Mary Helen, owned and operated Tot ‘N Teen Children’s Clothing Store on West First Street.  John was one of the founders of the Oswego Farmers’ Market. His sister Josephine assisted in that business.  He had two other brothers, Carmello and Dominick.  Dom relocated several years ago, but moved back to Oswego after his wife died.

Joe’s bride, Eris, of Irish descent, worked at McDonald’s Clothing Store on W. First Street.  Many a bride had the pleasure of having Eris tailor their wedding gown.

Joe and Eris Colloca ultimately made their home on East Third Street, and they had eight children.  Ann (Bob Hall) is a retired elementary teacher from Baldwinsville whose husband Bob died way too young from cancer.  She now lives in Maryland near her two children and five grandchildren.  Joe (Theresa Lagoe) became an engineer with Stone and Webster and is retired living still in Oswego.  They have one son and two grandchildren.  John (Janet) lives on Long Island, has five children and twin grandsons.  He works in the film industry.  Don (Brigitte) is a retired roofer and had one daughter.  He and his wife run a horse farm in Ohio, but love to spend summers sailing in Fair Haven Bay.  Janice (Paul Snyder) worked for Oswego County before becoming a Realtor.  She started her own real estate business, Janice Snyder Realty, which became a great success.  She now works with Berkshire-Hathaway Real Estate.  Another daughter, Julie, married Rich Burger, retired as the principal of Frederick Leighton Elementary School and now operates a quilting business on West Second Street in Oswego, Quilt with Passion, where they have been busy recently making masks for the pandemic.  They have four children and three grandchildren. The youngest daughter, Patricia (Joe Mancino) ran the Seneca Inn and Motel for many years with her husband, and they now operate a liquor store on that site on state Route 481 in Fulton.  She works as a hair stylist as well.

The youngest in the family, Dr. Christopher J. (Mindy) holds both a doctor of chiropractic and a doctorate degree. Chris has become an internationally known lecturer on Chiropractic subjects.  He invented an electronic tool widely used by chiropractors all over the world, called the impulse adjusting instrument.  He built his business in Arizona, and has now moved back to his hometown area after establishing the winery in Fair Haven. The facility has grown to feature wine tastings, a full restaurant and also does catering and large events on its spacious Fair Haven property.

Colloca wines are featured in many New York stores, and shipped internationally.  It is a family tradition dating back to that old wine press in Mitta, Sicily.  Dry Cleaning, Clothing, Tailoring, Education, Engineering, Real estate sales, Quilting, Dining, Cosmetology and Chiropractic care are among the outstanding contributions the Colloca family has made to Oswego and central New York.  But, it is the superb effort of cultivating, crushing grapes and creating varied and full-bodied wines that bring it all back home, on a very grand scale. Fine wines from a very fine family: it doesn’t get any tastier.

John T. Sullivan is a former Oswego Mayor and the author of three books, “Forks In The Road” parts I and II and an autobiography “Pee Not Your Pants — Memoirs of a small time mayor with big time ideas,” available locally in the river’s end bookstore and online.  His column appears exclusively in The Palladium-Times on the first Thursday of each month.