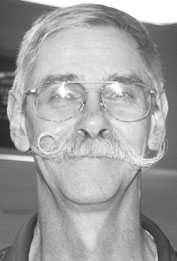 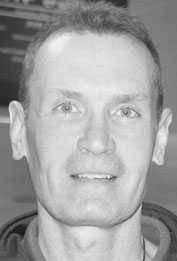 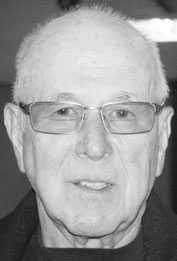 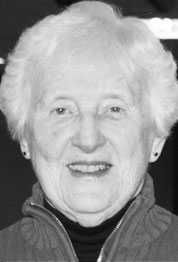 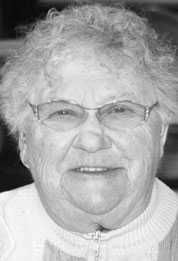 FULTON — Bowling has occupied a memorable place in their lives.

Now, five local legends will take their rightful place in the Fulton Bowling Hall of Fame.

The five who will be inducted at the May 1 ceremony are Randy Webster, Don Towsley, David Eamer, Patricia Simpson, and Margaret Guyer.

The induction banquet is set for 5 p.m. May 1 at RFH's Hideaway, located along Route 57 in Phoenix.

Anyone who wants tickets is asked to contact Bob Beeman, president of the Fulton Men's Bowling Hall of Fame, at 598-7385 by April 23.

Here are profiles of this year's inductees.

An author of more than 30 perfect games, Fulton's Webster said he's excited to be joining the Fulton Bowling Hall of Fame.

He was inducted into the Oswego Bowling Hall of Fame in 2002, and now he joins a select group to be part of both local halls of fame.

Webster has rolled several series of 800 or better. "Somewhere in the high teens or low twenties," he said.

The first shot he ever bowled foreshadowed the great career to follow.

"When I was a teenager we went moonlight bowling on New Year's Eve. The first ball I shot was a strike," Webster said. "I ended up with a 65 that game. I never bowled again until I went into the service.

"I was bowling in Korea, throwing a reverse hook. I was watching the people bowl and all of them were hooking the ball from the right toward the left. The only way I could do that was to throw a reverse hook because I'm left-handed." When he started bowling locally again, he was told the proper way to throw the ball. He started league bowling at Pinarama Bowl in Oswego in the 1979-80 season in a Sunday afternoon couples league.

"I enjoyed it, and my average kept going up every year," Webster said. In the 1984-85 season, he started subbing in the Wednesday Elks League. He was asked to bowl the second half with a team.

Webster's first tournament win was in a no-tap tournament in Syracuse that season. In 1990, Webster appeared on national television in a bowling shootout against pro bowlers Marshall Holman, Brian Voss, and Lisa Wagner.

Other career highlights include winning the Post-Standard Masters in 2009 and the Fulton Masters in 2010. In the Oswego City Tournament, Webster has placed first in the all-events, the doubles, the singles, and the team event, although not all in the same year.

Webster bowls in three leagues currently, all at Lakeview Lanes. He said he has made many friendships through bowling, and he continues to study the game.

"I've learned a little from everybody," he said. "I keep watching and see what the lanes are doing and work from there."

Joining the Fulton Bowling Hall of Fame is a dream come true for Towsley.

"I am tremendously honored. I've respected the names on that plaque for years and years," he said. "I started working at the Bowlarama when I was 16 years old. I used to stare at that plaque and I thought to myself that would be quite an honor to get my name up there. I got the phone call a month ago, and I was ecstatic." A

Fulton resident, Towsley said his parents got him started in bowling at the Bowlarama when he was 9 or 10 years old with his two brothers and his sister.

"Betsy Kudwa was the junior instructor at the time. They'd turn the lanes on at 8:30 a.m., and the league didn't start until 10. I'd get there around 8:30 and she'd give you free instruction. I looked forward to that," he said.

Towsley began working at Bowlarama when he was 16 and worked there for about six years. He said he bowled a 300 game, an 800 series, and a 299 game all before he was 19 years old.

Some of the leagues in which he bowled were the Monday Night Trio League, the Friday Night Men's League, and the Wednesday Night Classic. "You had to have a 190 average just to bowl in that league. It was all the best bowlers in the area," he said of the Classic League.

He got hired to work at Alcan, and he took close to 20 years off from the sport to raise his family. But when he got started again, he picked up right where he left off.

"Back in 2005, I started in a summer league with my son, my wife, and my father in law," Towsley said. "That's when I ran into Mike (Tryniski) again. He asked me to bowl on Tuesday nights with him. And I bowled Monday and Tuesday nights. I've been at it ever since." Towsley said he has averaged about 220 since his return to the lanes.

His success has extended into tournament play. Towsley has placed fourth in the Super Bud Bowl.

"I think I bowled a couple of times in school. We'd have an Oswego County Tournament or something like that. The first time I bowled was in the Sealright alleys," he said. "I liked it right away." When he was older, he started watching bowling at the Capitol alleys in Oswego.

"The Hannibal Men's League used to bowl there. A friend and I used to go there and we'd watch them finish bowling and then we would bowl after the league got done. That's where I got started," he said. "I joined them when they moved to Bowlarama. We bowled there the first year they were open. I bowled in other leagues after that." He doesn't recall if he was good at bowling then. But it didn't matter.

"I don't think I was that good right away, but I knew I had the bowling fever right away. I loved to bowl," he said.

Eamer began to post impressive scores, including a career-high 767 series. He rolled a 300 game during a mixed league at Bowlarama in the early 1980s.

"That was back when (perfect games) were quite rare," he said. "That was really exciting." When the national tournaments weren't too far away, Eamer said his team would compete in them. "We used to go to all the state tournaments. They were fun," he said.

After a few years away from bowling, Eamer returned to action. He bowls Mondays at Lake-view Lanes.

He said he is humbled to be joining the Fulton Bowling Hall of Fame.

"I feel real honored. It was really unexpected," he said.

She didn't bowl in the conventional style, but Patricia Simpson knocked down pins in prolific fashion.

"Everybody tried to get me out of throwing my backup ball, and I said ' It works for me,'" she said.

Her high scores have helped her get into the Fulton Bowling Hall of Fame.

"It's very, very nice," she said. "I couldn't believe it." Her introduction to bowling was during her senior year in high school. Fulton started to have a bowling team at the Sealright lanes.

"We all went down after school and bowled our three games, and that's how I got started," she said. "We were one of the first teams to bowl from the school. We had 15 girls who went there each week for the semester. It was fun." After high school, Simpson started working at Sealright and her first league bowling was at the Sealright lanes. She later bowled at Fedora's lanes, the Phoenix Bowl Inn, Bowlarama, and Lakeview Lanes.

Her highest average was in the 160s, and her top triple was a 595. "I could not make 600 to save my life," she said. "That was my goal, but it never happened." Simpson said she used to go to the state tournament, and went a couple of times when her daughter Michelle started bowling. "We always had a really good time. They were fun to go to," she said.

After being injured in a car accident in 2003, Simpson stopped bowling full time, although she bowled as a substitute for a while.

Throughout her bowling career, she gave back to the sport by holding league offices. She was the secretary of several leagues.

She said she was happy to learn that she would be joining her daughter Michelle in the Fulton Bowling Hall of Fame.

"I was very pleased," she said.

A native of Scotland, where "carpet bowling" is popular, Guyer adapted quickly to bowling American style.

She started bowling at Bowlarama and bowled for years on Tuesdays and Wednesdays. She and her husband also bowled in a mixed league at Lakeview Lanes.

Another highlight was converting the difficult 4-6-7-10 split on lane 24 at Bowlarama. "I never forgot that," she said.

She recalled her start in bowling.

"I was working at Nestle and a bunch of us girls, after we cleaned on Friday nights, would go open bowling," Guyer said. "We fell in love with it." She said she has participated in more than 20 state tournaments and has been to the nationals three times.

"My partner and I came in 12th in the state in the doubles just a few years ago. Our team at the nationals in Syracuse came in 64th place," she said.

Guyer continues to bowl in the Tuesday Coffee Hour League on Tuesdays. She's been bowling for 55 years.

What was her reaction when she found out she would be joining the Fulton Bowling Hall of Fame? "I was surprised," she said. "It feels great."