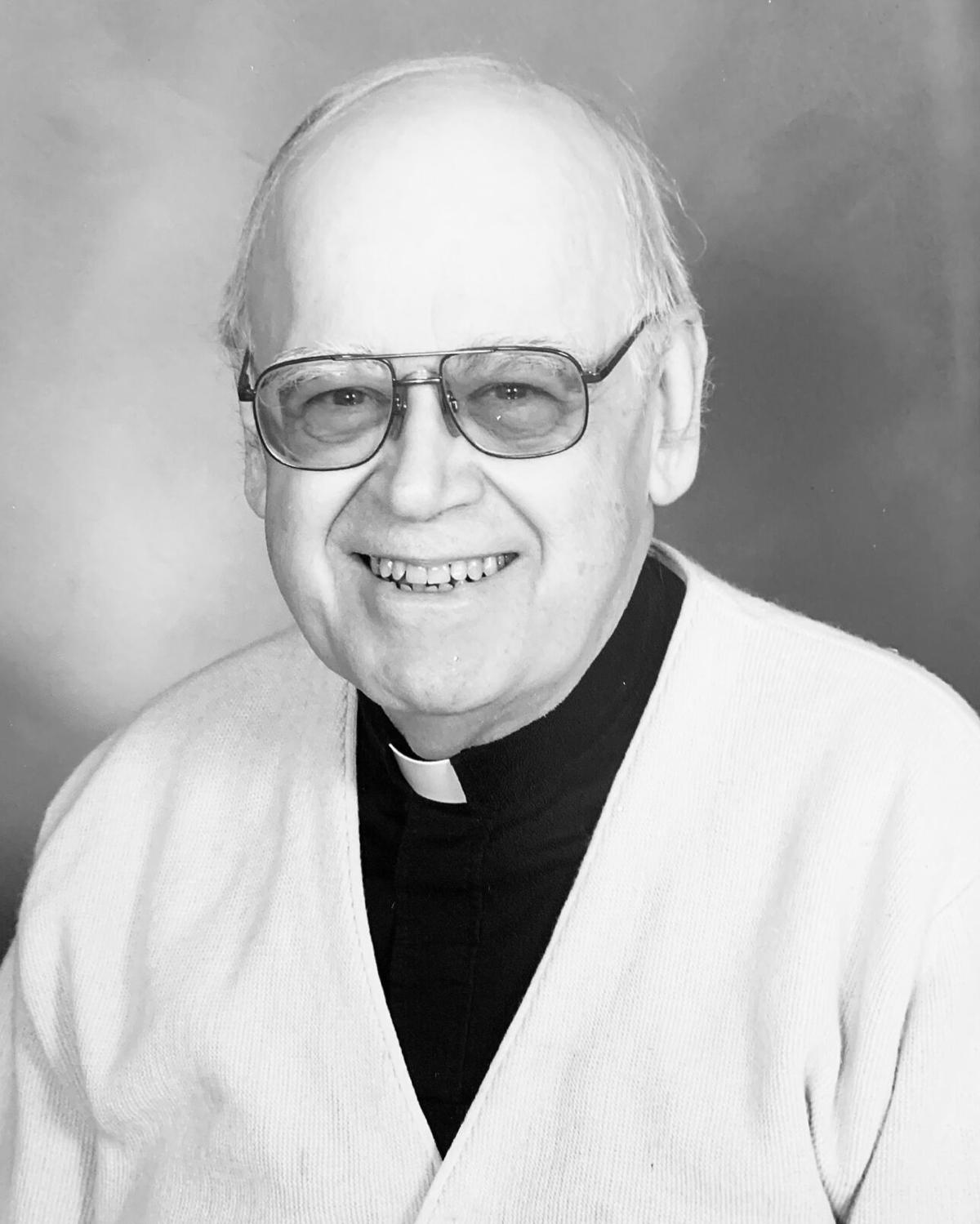 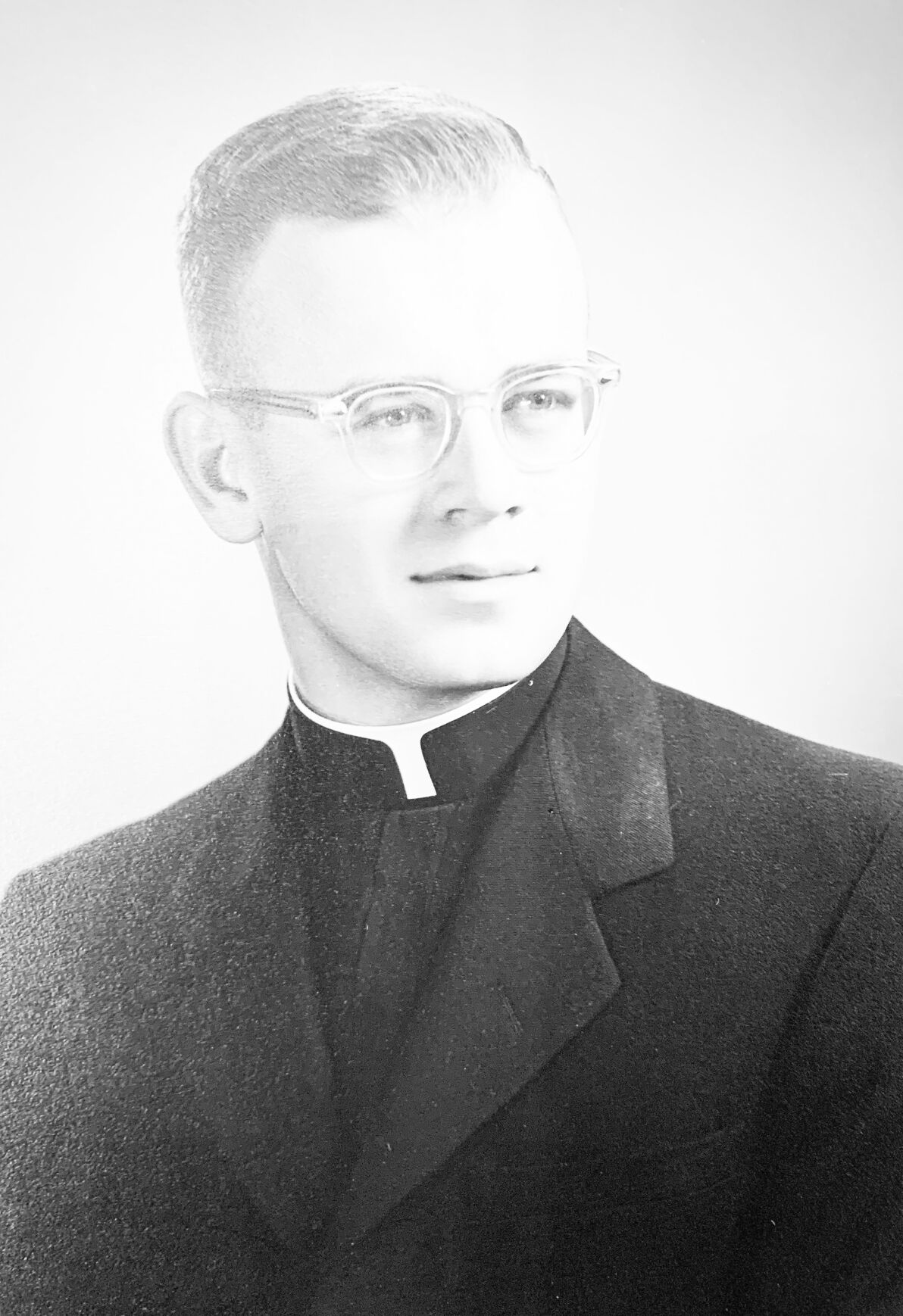 Rev. Joseph Larkin, 90; of Minetto, NY went gracefully and peacefully to meet God with a smile on his face at The Common on St. Anthony, Auburn, NY.

Father Larkin was born in Syracuse, NY to the late Thomas and Catherine (Flanagan) Larkin.  He began his relationship with God with his parents at their home parish of Our Lady of Lourdes.  He graduated from St. Anthony High School and continued his education graduating from St. Andrew’s Seminary and St. Bernard’s Seminary with a master’s degree in Divinity.  Joseph Larkin became ordained a Roman Catholic Priest on February 2nd, 1957.  He was stationed as an Assistant at St. Ann’s Church, Syracuse, NY in 1957 and St. Patrick’s Church, Oneida, NY from 1957 to 1961.  He was then transferred to St. Brigid’s Church, Syracuse, NY from 1961 to 1966; and St. Anthony’s Church, Syracuse, NY from 1966 to 1969.  He continued his ministry as an Assistant at St. Mark’s Church, Utica, NY from 1969 to 1972.  His presence in Oswego County began as a Pastor in 1972 at Our Lady of the Rosary Church, Hannibal, NY until 1975 when he became the Pastor of Our Lady of Perpetual Help Church, Minetto, NY where he remained for over 4 decades having retired in 2017 only in name as he continued to say the morning mass until the pandemic closed the churches in NYS.  During his 64 years as a Roman Catholic Priest, Father Larkin was truly an instrument of God having ran numerous Catholic Education Classes, giving several adults and children their First Communion and First Penance.  He has heard thousands of confessions and married hundreds of couples.  Father Larkin counseled many who received comfort from him without an inkling of judgement and he freely gave his worldly belongings to those in need.  He was a wonderful leader in the church and would draw countless people attending regular masses and standing room only during holiday times.

Father Larkin was known for his simple yet informative teaching manner when it came to his homilies.  He gave insight through stories which involved himself and his family showing both his devout beliefs but also his humanity and mischievous childhood.  The personal memories he would share to teach his parishioners would be mirrored in his easy smile and twinkle in his eye as he sat on a stool with a microphone in his hand speaking to his people.

Father Larkin was also known for his love of music and his unbelievable competence as a pianist.  Some were lucky enough to witness his playing on his beautiful treasure-his Baby Grand piano which resided in his living room.  Fr. Larkin would also involve parishioners in his love of music by acting as a conductor to all those singing the hymns especially the closing hymn as he processed down the aisle where he would station himself by the doors to greet people on their way out.  Then before he exited at the back of church he would put on his familiar hat and scoot on over to the rectory by foot in his earlier years and by car as he got older.  Father Larkin also had a love for learning.  He enjoyed reading and completing difficult crossword puzzles.

At the time of his death, Father Larkin’s nurse mentioned that while he no longer wanted visitors to be admitted that when she last checked on him late Tuesday night and early Wednesday morning, he was quietly saying prayers barely audibly, smiling.  He died soon after and she described his passing as the “most peaceful death, she had ever seen.”  In addition to his parents Father Larkin was pre-deceased by his siblings.

He is survived by his fellow priest, laity and loyal parishioners.  In accordance with a handwritten letter by Father Larkin received by two of his fellow priests of the Syracuse Diocese and Sugar Funeral Home, Inc.;  dated, signed and witnessed by 3 parishioners stated that Father Larkin did not want a wake, mass or service due to COVID.  Therefore, in Father Larkin’s words:  “There is a stone with my name on it in St. Agnes Cemetery,” Syracuse, NY where he will be privately buried.

Father Larkin will be  publicly honored with Visitation from 4:30 to 6 p.m. on Monday in Our Lady of Perpetual Help Church, Minetto, NY followed by a 6 p.m. Vigil Mass.

The Sugar Funeral Home, Inc., 224 W. 2nd St. S., Fulton has care of the arrangements.  Those unvaccinated are asked to be masked in adherence with CDC Guidelines.