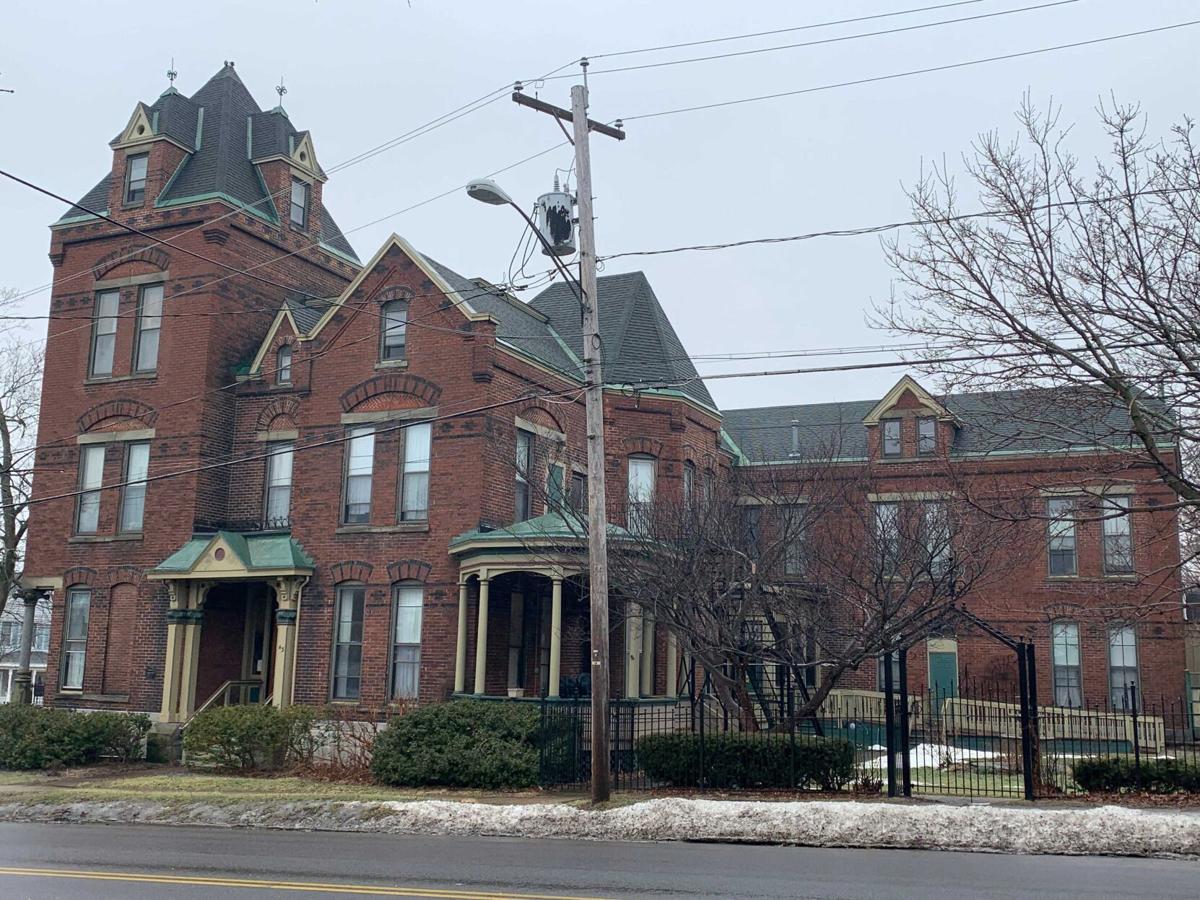 The Ladies Home, seen above days after its closure in Febuary 2019, was the subject of a litany of abuse and negligence complaints from 2016 until the 100-year-old facility was shuttered. 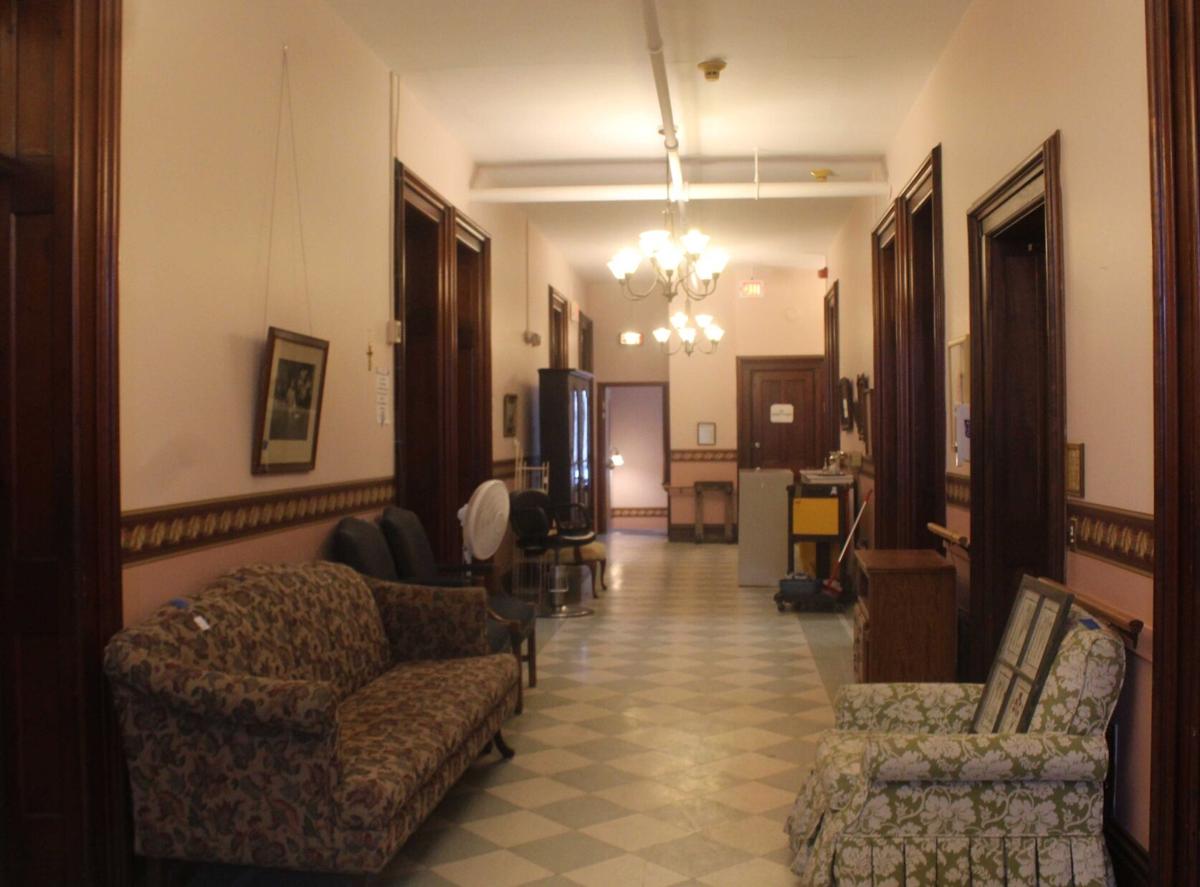 The above photo from 2017 shows an interior hallway at The Ladies Home before it closed in February 2019. State documents obtained by The Palladium-Times show a troubling amount of complaints and abuse allegations throughout the century-old facility’s final years. The building remains closed.

The Ladies Home, seen above days after its closure in Febuary 2019, was the subject of a litany of abuse and negligence complaints from 2016 until the 100-year-old facility was shuttered.

The above photo from 2017 shows an interior hallway at The Ladies Home before it closed in February 2019. State documents obtained by The Palladium-Times show a troubling amount of complaints and abuse allegations throughout the century-old facility’s final years. The building remains closed.

OSWEGO — Abuse accusations and records that suggest a lack of transparency with state officials have surfaced more than a year after the Ladies Home of Oswego decided to close its doors citing financial mismanagement.

The Ladies Home shuttered in February 2019, vacating its 43 E. Utica St. property and sweeping away more than a century of service to less fortunate and elder women. At the time, board of directors members cited ongoing financial troubles as factors the adult home ultimately couldn’t overcome. But the sudden closure prompted a community outcry, including former employees and volunteers who cited financial, operational and sanitary concerns as the real reason.

Responding to a Freedom of Information Law request filed by The Palladium-Times in 2019 and received last week, state documents reveal a litany of claims regarding improper management of residents and resources, as well as unsanitary conditions reviewed by the state’s Department of Health (NYSDOH). Although some of the documents are heavily redacted, they paint a troubling picture of the final years of the Ladies Home.

According to records dating back to 2016, NYSDOH officials sustained constant correspondence with members of the governing board of the Ladies Home regarding complaints related to:

One of the more damning indictments of the conditions experienced by residents and found by state officials during a 2017 inspection was the lack of oversight from staff on residents who required supervision and medication management.

“Based on observation, review of facility and records, and interview of facility staff during a full inspection initiated Nov. 7, 2017 and completed Nov. 21, 2017, the operator endangered residents due to a failure of systemic practices as determined by a pattern of violations in the areas of resident services including supervision, medication management, and case management and personnel including general requirements, training and supervision,” the report states.

The inspection findings show several cases where residents would experience pain due to a pre-existing condition, or fall, while aides would call emergency services. After being discharged from the emergency services facilities, staff at the Ladies Home would not notify the residents’ family and physicians about the situation, which NYSDOH found to be a critical flaw in the organization’s clerical system and ultimately an endangerment to residents.

In 2017, complaints regarding a resident being struck with a redacted object and suffering redacted injuries by another “unknown resident” were investigated and substantiated. The inspection also verified allegations of management retaining residents whose behaviors could potentially endanger the safety of others with risk of injury. The report for a February 2017 inspection visit concluded there were periods of time when staff were not present at the facility and residents unsupervised.

NYSDOH followed up on these allegations in 2016, 2017 and 2018, regularly inspecting the property. The Ladies Home was pressed by NYSDOH in 2016, 2017 and 2018 to address these complaints. State regulations also required the adult home to submit notices and plans of correction (POC) detailing how these shortcomings are to be addressed.

Hundreds of pages of residents’ complaints were levied against administrators and staff, to varying degrees of severity.

A financial statement from 2016 highlights the uphill climb on which the nonprofit found itself, leading up to its eventual shutdown.

One of the DOH’s inspections in November 2018 highlighted the institution’s inability to cover a variety of checks, as well as severe levels of debt accrued over time in unfulfilled payments to local vendors, including electric and gas services that went unpaid for months in 2018 incurring in a delinquency totaling $8,363.

The undisclosed utilities company said in interviews with state officials that the Ladies Home had received several notices of service disconnections for months, ultimately issuing a final notice in late October. As of December of that year, the lack of utility services went unaddressed, according to the department’s dossier.

Other outstanding balances included a $2,880.24 unresolved invoice from a food vendor and a $2,096 charge from an alarm and security company.

The Ladies Home entered a grim month of November 2017 with a pile of unaddressed bills amounting to more than $18,000.

When DOH authorities inquired about the accumulating arrears the institution had failed to address, then-administrator Beth Parsons said she was not responsible for ensuring the vendor bills were paid, and she had been told by the organization’s board of trustees' president that they had notified the DOH’s central New York office concerning the status of the unpaid bills.

Between the months of September, October and November in 2018, an inspection report found the financial accounts under the Ladies Home’s had insufficient funds to cover 13 different checks, with several of the checks submitted more than once.

In 2019, Jessica Thomas, a former resident care aide, told The Palladium-Times she spent roughly three months at the Ladies Home in 2018 expecting a weekly paycheck but was only paid nine times.

Thomas terminated her working relationship with the organization because of uncashable checks.

"I left because they were not paying me and the checks kept bouncing and that made my bank account go negative," Thomas said days before the home’s closure.

At the time, Sue Carpenter-Diesing, an unpaid volunteer who had been with the home from 2014 until its closure, said Thomas’ situation was not uncommon and employees were currently on “the fifth pay period without seeing a paycheck.”

Carpenter-Diesing said the home did not feel in financial decay as recently as six years ago.

“When I started volunteering there (in 2014), it was a ray of sunshine to walk through the door and hear the laughter and see their smiling faces,” Carpenter-Dieising said.

NYSDOH officials also issued multiple requests for the issuance of the institution’s yearly financial statements, which is required by state law. Records contained letters requesting financial declarations from the years 2011, 2012, 2013, 2014, 2015, 2016, and 2017.

Thomas said the hallways were infested with maggots “all the time” because of a failure to pay the garbage collection bill.

“[The trash disposal company] has not picked up in about 6 months,” Carpenter-Diesing confirmed. “The garbage is stacked up in a small mountain outside the kitchen and management’s solution for this was to build a gate so nobody could see it when coming up the driveway.”

Records from 2018 indicate that the DOH pressed the Ladies Home board of directors to address the garbage collection issue on Nov. 15, 2018, noting that the issues date as far back as 2017.

“Based on observation and interviews with facility staff during a complaint inspection initiated on Nov. 5, 2018 and completed on Nov. 15, 2018, the operator did not ensure the facility building and grounds (were) kept free of breeding areas for vermin and rodents,” the documents state.

During that November inspection, officials noted a half-dozen large trash containers in a partially enclosed outside area overflowing with trash bags. The trash bags, the document continues, were ripped open and revealed food products and gloves spilled to the floor.

The issue, according to the POC submitted by the Ladies Home, was resolved a month prior to the facility’s closure. Sanitation concerns from state health authorities and employees did not end there.

Adding to the institution’s financial troubles were multiple unpaid invoices addressed to local exterminators for $133.63 and plumbers for $110.

With the property now shut down, local developer Anthony Pauldine acquired the former adult home in autumn of 2019, placing the minimum bid of $145,000 at an auction held in June. Pauldine noted that while he recognizes the historical value of the home, its future may still be uncertain. One of the possibilities could be for the home to be made a residential space once more.