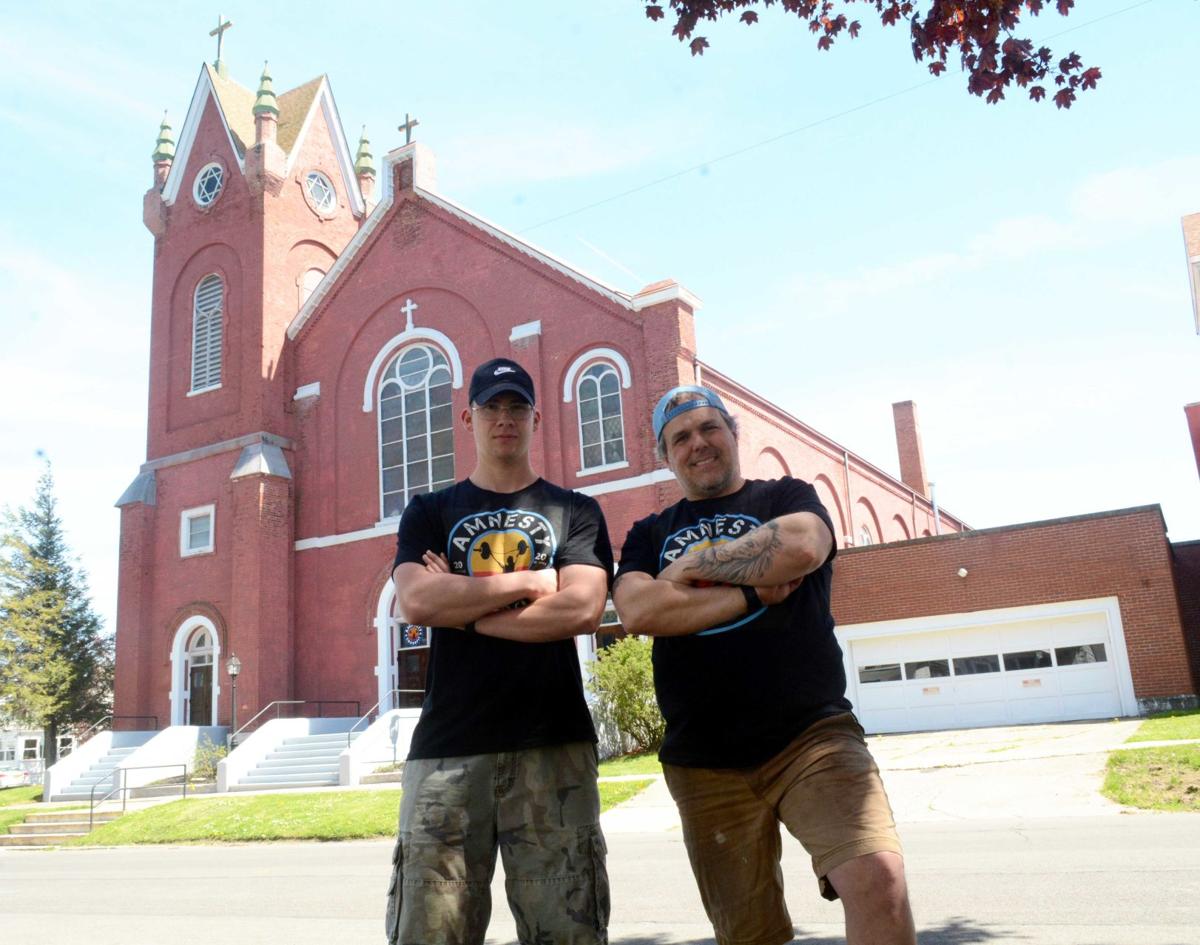 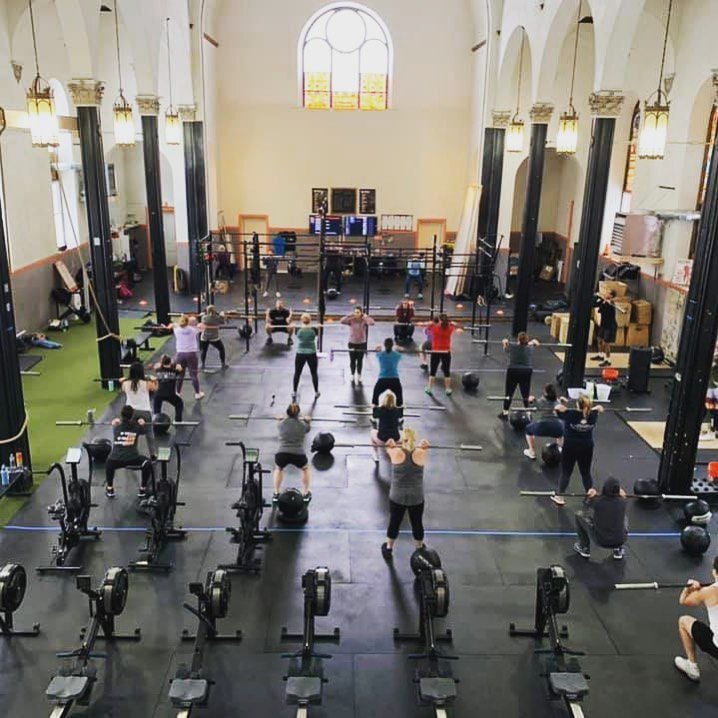 Above, a portion of the interior of Amnesty CrossFit (located inside the former St. John’s church, as seen earlier this year before the start of its still-ongoing renovations. Co-owner Larry Miller says the gym is making the most of the pandemic shutdown of fitness facilities in New York.

Above, a portion of the interior of Amnesty CrossFit (located inside the former St. John’s church, as seen earlier this year before the start of its still-ongoing renovations. Co-owner Larry Miller says the gym is making the most of the pandemic shutdown of fitness facilities in New York.

OSWEGO — Seated on a piece of exercise equipment where the pews would normally be, Larry Miller’s words echo through the arches of the wide open room.

“I’m a little nuts,” Miller said with a smile. “You have to take chances.”

Miller and Nicky Loomis went from members to co-owners of Amnesty CrossFit at the old St. John’s Church on the corner of West Third and Erie streets last month.

In a time when gyms aren’t allowed to open their doors due to the ongoing COVID-19 pandemic, Miller wasn’t concerned in the least about purchasing the business.

Instead, Miller sees the time without members as a chance to renovate and plan for what’s ahead, including new safety regulations in the wake of the coronavirus.

“Once everybody gets back to it, I think it’s going to be like that New Year’s approach,” Miller said. “Everybody is going to realize they want to get healthy now.”

Miller and Loomis were looking to make a lifestyle change when they became members around the time the gym opened in May 2017. Over the last three years, Miller estimated he has competed in around 150 races.

Also the owners of Oswego’s GJP Italian Eatery, Miller and Loomis jumped at the chance when former owners Rachel and Ricky Harvey were looking to step aside as owners of the gym.

“The previous owners had a great following, a good business and great people, awesome members,” Miller said. “The members are excited with the changes they’ve seen online. Not many have seen the actual building, but they’ve seen pictures online.”

Miller said his team has added four more fitness stations and cleared out the upper portions of the church with plans to construct a mobility area. There’s also new equipment — which was hard to find when many people were putting together home gyms because of the pandemic — and a fresh coat of paint. The 8,700-square-foot building sits on a 0.35-acre lot in the Kingsford Park neighborhood, and June 15 is the planned reopening date.

“I believe that fitness should be moved up ahead of some other businesses overall. … We’re fully coached and we’re certified to coach, so we’re going to run small classes starting June 15 as a professional service,” Miller said. “Our members want to come back. They’re over waiting to work out.”

Miller is planning a rolling admission policy, meaning only four people per class for two weeks, then six, eight and so on. It’s one of the multiple safety measures he plans to put in place.

“Everyone will be assigned a station when they come in, and they’ll have their own equipment at that station,” Miller said. “No more hanging out talking to your friends inside. … We have to be a little more hyper-sensitive during this time. The staff isn’t going to be very big, a coach and a counter person for the most part.”

CrossFit is a branded fitness regimen, which Miller believes works for all age groups. There’s something in the works for kids classes once the gym re-opens, and the program can be tailored for older people.

“It’s constantly varied functional movements performed at high intensity,” Miller said. “You’re not going to necessarily be bench-pressing every day, but you’re going to do things that can help you move for the rest of your life. Even if you’re 80 or 90 years old coming in here, you can do the program at your intensity. We’re not jumping on 48-inch boxes with Grandma, but Grandma could jump or step up onto a 10-inch box.

“The programming is suited to you. You have someone who knows how to coach you and tailor the program to your needs.”

Miller is looking forward to the relaunch, and believes the members of Amnesty CrossFit are too.

“Everybody wants to get back to moving, working out and being with their friends,” Miller said.