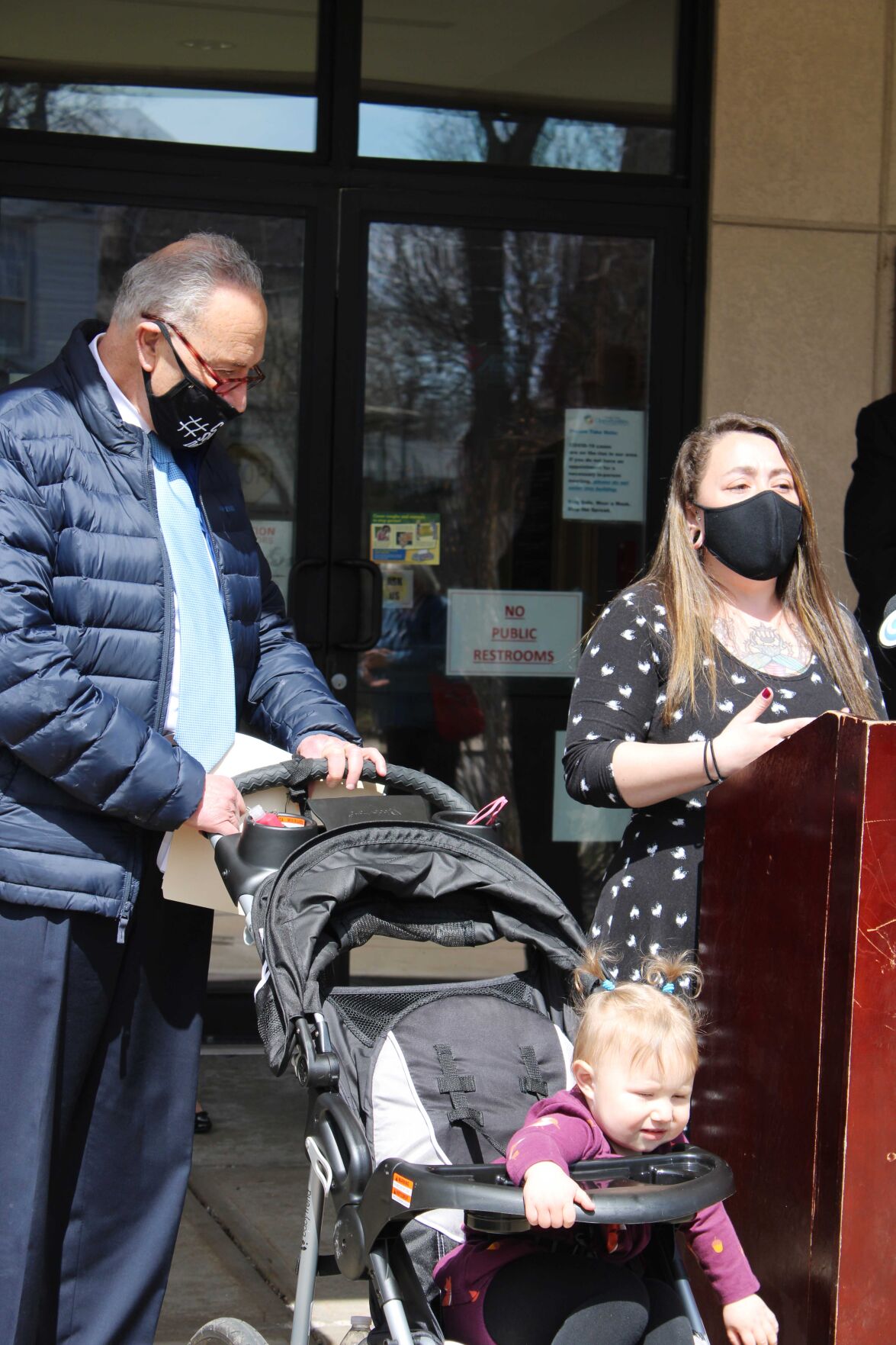 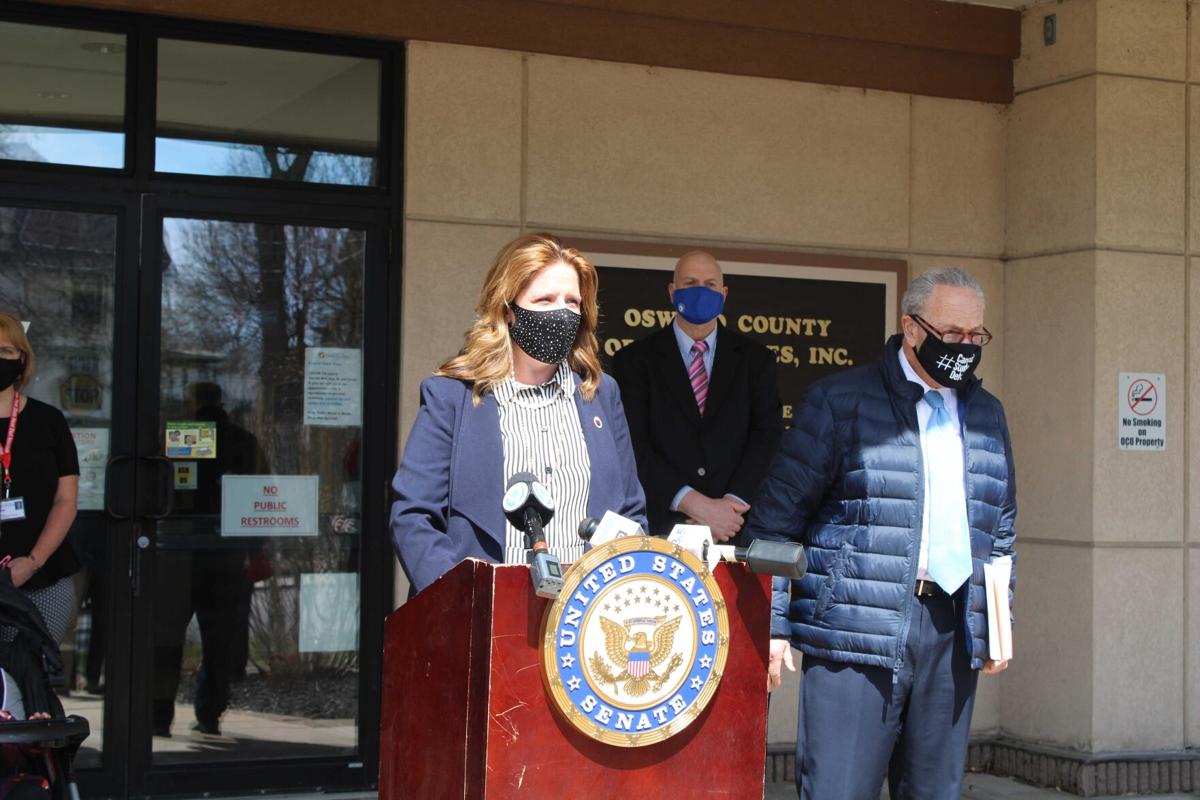 Part of the Schumer-authored American Rescue Plan, the expanded child tax credits provide low- and middle-income families with $3,600 per child for children up to age 6 and $3,000 for children up to age 17, up from $2,000 under the previous framework. The child tax credits come in addition to the $1,400 stimulus checks for individuals and millions of dollars for state and local governments included in the plan approved by the Democratically controlled Congress.

“Help is on the way in many different ways,” Majority Leader Schumer said Tuesday in front of Oswego County Opportunities’ (OCO) office off Oneida Street in Fulton, surrounded by local families, elected officials and OCO representatives. “The [American Rescue Plan] is going to help just about every single person who lives in central New York and every single person who lives in Oswego County.”

“It will help kids who are in poverty,” Schumer said, noting Oswego ranks 55th among the 62 New York counties in terms of poverty and adding the reduction of childhood poverty can have a substantial long-term impact on an individual’s future finances, education and health outcomes. “But the money does not just help families that have kids in poverty, it helps middle class families as well, because we all need help.”

According to the Center on Budget and Policy Priorities, an estimated 3.5 million New York children will benefit from the expanded tax credit, which is expected to provide New York families with roughly $7 billion.

Fulton Mayor Deana Michaels thanked Schumer and said it was exciting “to hear about the news and the support” coming to the city of Fulton and surrounding areas.

OCO Executive Director Diane Cooper-Currier said the organization and all the families and individuals it supports are grateful for the assistance and Schumer’s hard work in Washington to make it happen. OCO serves about 14,000 people annually, according to Cooper-Currier, who said those individuals and families can really benefit from the funding.

Schumer called it “one of the most important” pieces of the Rescue Plan package, adding “it’s been a dream of America to get kids out of poverty.” According to Schumer’s office, roughly 30 percent of children and nearly 20 percent of households in Oswego County are living below the poverty line.

Between the $1,400 direct payments and child tax credits roughly $990 million is coming to central New York families, according to Schumer, who said the funds would benefit the entire country by providing an economic catalyst, and hopefully leading to more rapid economic expansion.

“Under the American Rescue Plan, a family of four in Oswego with working parents and two toddlers would see $7,200 in their total child tax credit for 2021,” Schumer said, noting the same family would also receive the direct payments. “That’s not going to make anyone rich, but it’s going to give families breathing room.”

Adrienne Richards, a local mother who was present Tuesday with her young daughter, said the assistance would help her family and alleviate financial concerns.

The expanded child tax credit runs through June 2022, but Schumer said it is his hope the change could be permanent, something he said would be expensive but “well worth it.”