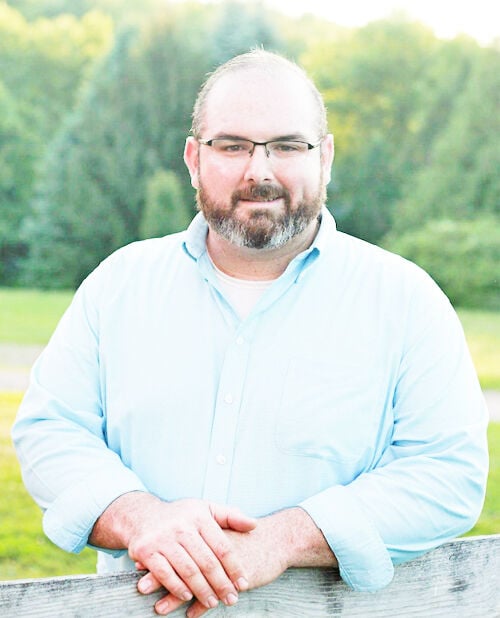 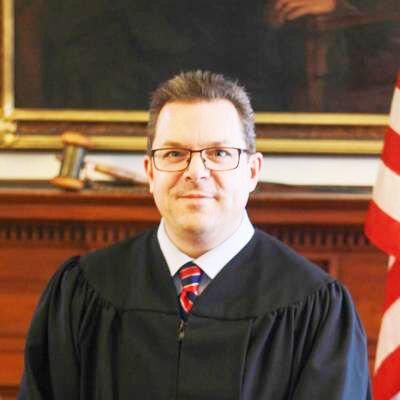 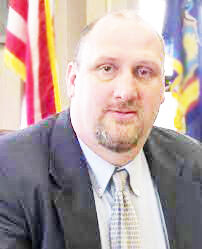 OSWEGO — Republicans again dominated Election Day in Oswego County, sweeping the three countywide offices up for grabs and preserving the supermajority the party has held in the county Legislature in recent years.

Wilbur, who last year attempted a write-in campaign after former county clerk Michael Backus stepped down ahead of the election, cruised to an unopposed victory Tuesday with 15,000 votes, or more than 99 percent of the electorate.

“I’m excited, I’m happy and I’m honored to have the people of Oswego County’s vote to be their next county clerk,” Wilbur said, noting he’s already been in contact with staff in the clerk’s offices and plans to keep Matthew Bacon and Nancy Belcher on as deputies. “There will be a smooth transition and my plans moving forward are to ensure customer service and availability of services are there for everyone.”

On his first day in office, Wilbur said he would visit the county sites under the purview of the county clerk’s office, including the department of motor vehicles and records center, to ensure county employees are on the same page and recognize they work for the constituents and taxpayers of Oswego County.

Wilbur said his goal would be to move the clerk’s office forward and provide excellent service for county residents.

Gardner, who after several terms on the county Legislature moved into the treasurer’s office four years ago, was also elected in an unopposed race. Gardner said he was humbled and grateful to again be chosen to serve the county as treasurer for another four-year term, noting he is fortunate to be surrounded by an excellent team.

“I had another a great first four years and I’m ready to continue that,” Gardner said, noting his agenda would continue to include modernizing the office and make it easier for citizens to interact with the county and the treasurer’s office.

The county in recent years has offered online tax payments and other technological upgrades to save residents time and money, and Gardner said those efforts would continue in the next four years.

Nazarian, who won Republican and Conservative primaries earlier this year, won a 10-year term on the bench as Oswego County Court Judge on Tuesday night. The Phoenix-based attorney, who has served as a judge in Shroeppel Town Court since 2013, was not reached for comment after the results, but in June following the primary he said he would spend the next several months preparing for the role and “never step into a courtroom unprepared.”

Republicans held a 23-2 supermajority in the Oswego County Legislature heading into the election, but all 25 seats were all up for grabs Tuesday. Democratic candidates contested 10 of those seats, but appear likely to again hold just two seats, according to unofficial results from the county Board of Elections released Tuesday night.

Minority Leader Marie Schadt, D-Minetto, won her race decisively, but no other Democrat could be declared a victor as of press time Wednesday morning. Former county legislator Frank Castiglia had a narrow lead, 240 to 226 votes, over incumbent Legislator Ralph Stacy Jr., R-Fulton, in District 25, but absentee ballots could still swing that race.

In District 15, incumbent Legislature Nathan Emmons, R-Oswego, held a 54-vote lead (279 to 225) over Democratic challenger Lee Walker Jr., but it’s unclear if there are enough absentee ballots outstanding to swing the outcome of that race.

Oswego County Republican Committee Chairman Fred Beardsley, himself a former county legislator and treasurer, expressed content with the outcome of Tuesday’s election, including the party maintaining its supermajority on the county Legislature and the defeat of several ballot propositions he said “defy the country we live in.”

Asked if he saw the continued Republican dominance on the county level as an affirmation of the work done by the local party, Beardsley said he believes it is.

“I have to give a tremendous amount of credit to the county Legislature,” Beardsley said of the party’s success.

“And people realize that,” Beardsley said. “They understand because it’s coming out of their pocket.”

Beardsley said officials in other countywide offices, including the sheriff and treasurer, have “done a tremendous job.”

“I think the people looked at it and said ‘you know what, these people have done a great job, why would I want anything different,’” Beardsley said. “I would like to say ‘thank you’ to the voters in the county for taking the time to understand who the candidates are, and voting accordingly, and keeping the people in office who have done well by them.”

“I think we got people involved, we got people coming out for choice,” Passer told The Palladium-Times on election night. “Whether we got the results or not, it made people work for those positions.”

Passer said the Democratic candidates forced Republicans to campaign and earn their victories. The recently elected party chair reflected on the state of partisan politics in the county, noting bringing choice to the ballot is a step in the right direction.

Passer said the strategy for Oswego County Democrats going forward would center on continuing to broadcast their message of change.

“The numbers are tough for us because we are outnumbered in the county between registered Democrats versus registered Republicans,” she said. “However, we are going to keep plugging away at it and running Democratic candidates. The people here want change, but we have to keep communicating that message.”

Some of that messaging, she said, should revolve around a growing need for childcare and elder care options. Passer highlighted the need for childcare among young, single-parent households, and a staggering number of families living under the poverty line in the county as areas she would like to see improve in the near future.

TOWN of Minetto is now acceptingapplications for a full time