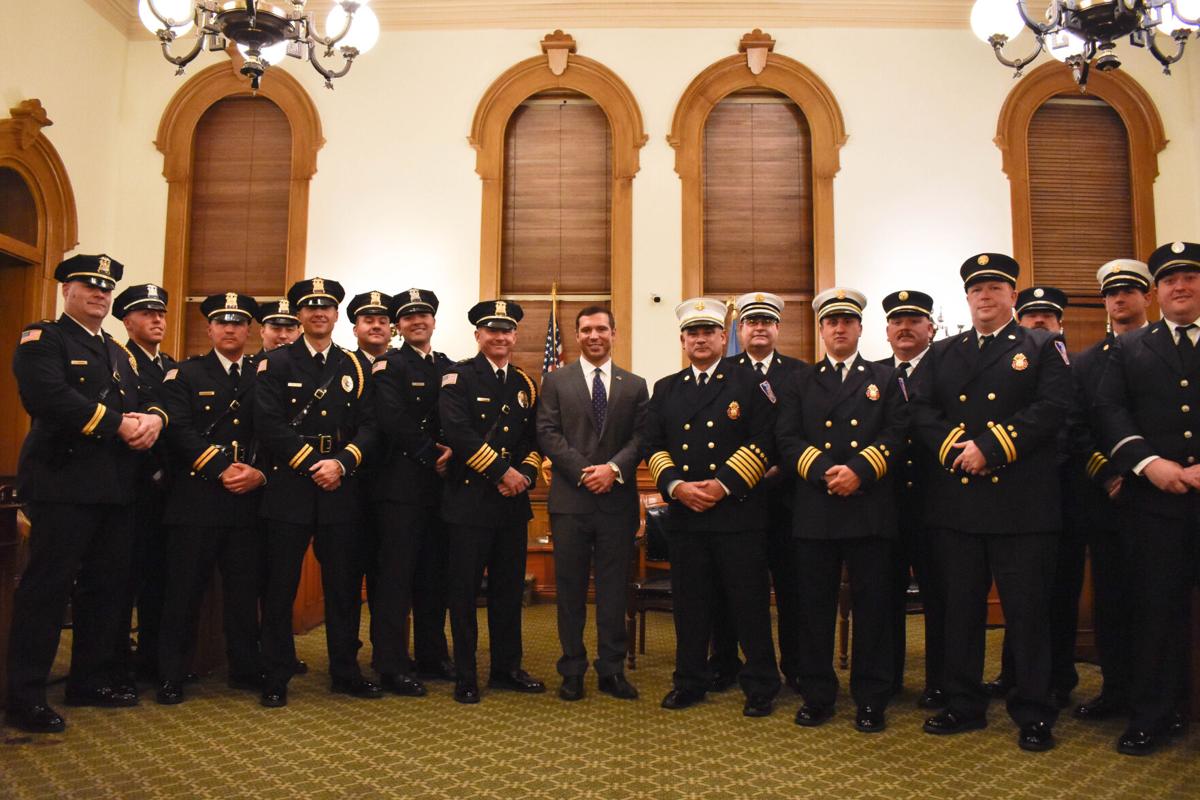 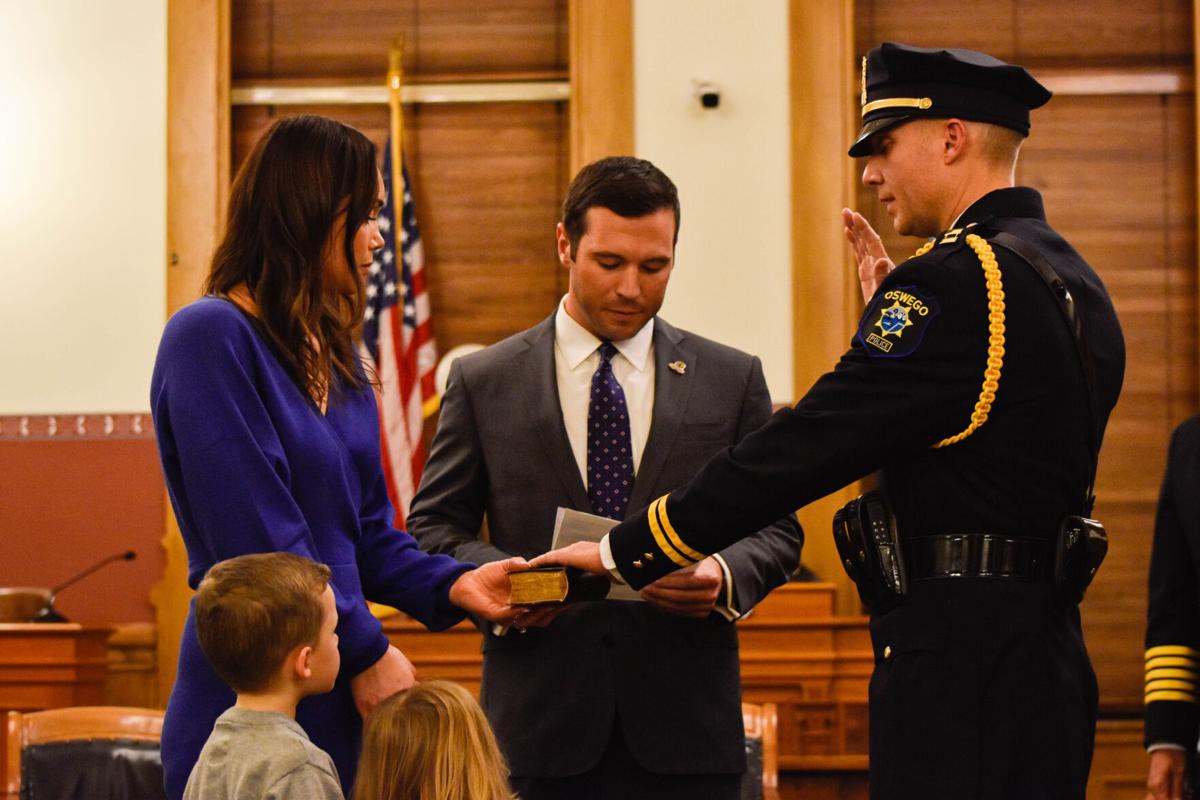 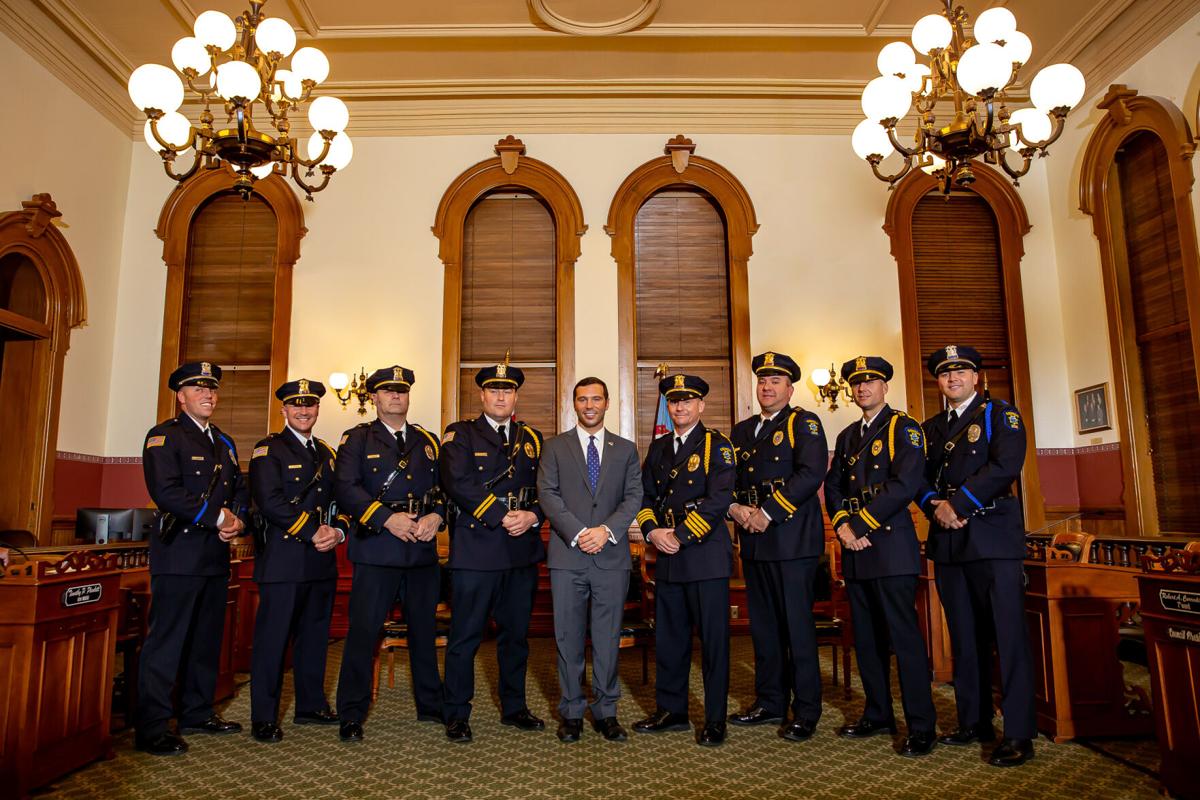 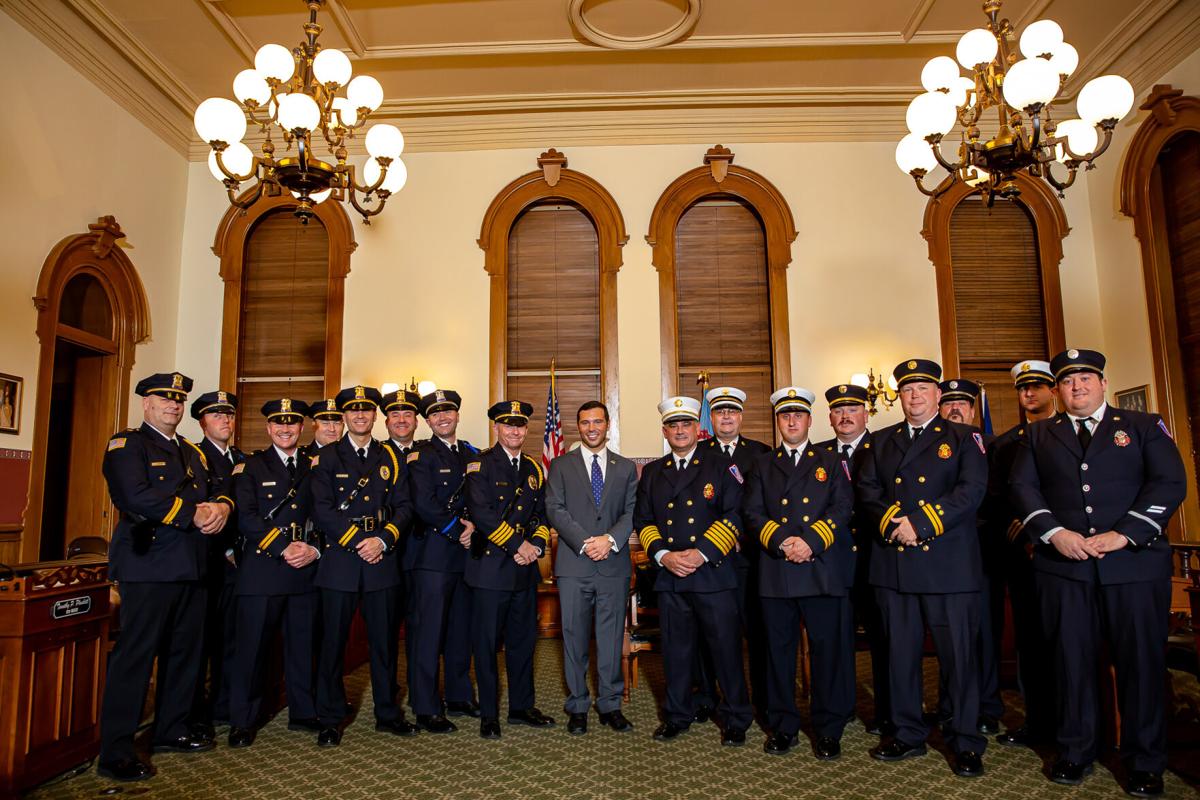 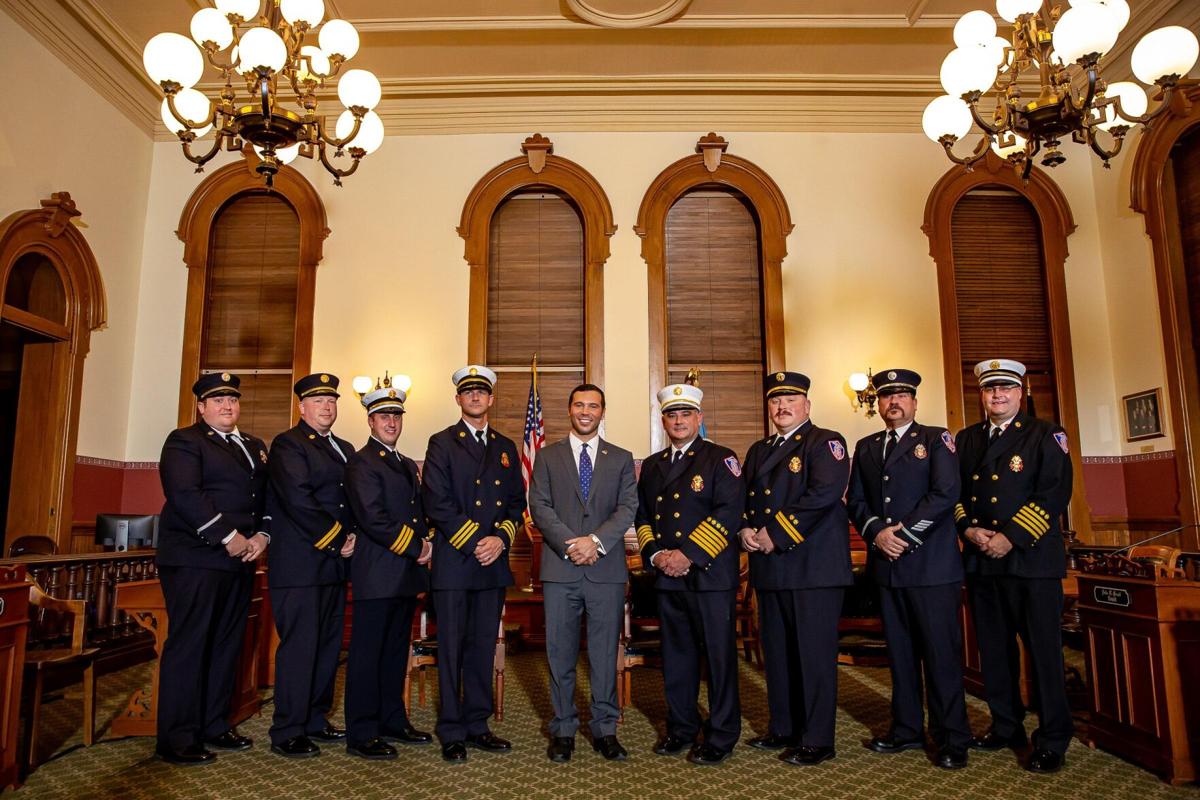 OSWEGO — Local emergency service members, city leaders and the community gathered this week for an overdue ceremony recognizing the advancement of Port City police and firefighters.

“This ceremony recognizes some of our most dedicated first responders. I can personally attest to their high levels of performance and commitment to the residents of our community,” Barlow said. “We’ve seen a transformation of our police and fire departments, and most significantly, a transformation of the culture within each department. These promotions reflect that change.”

According to OFD Chief Randy Griffin, Tuesday’s event was the first advancement ceremony in nearly two years, due to the COVID-19 pandemic, and celebrated the promotions of members throughout that timeframe.

“As I stand before you, I am pleased to present the city with a very capably, accomplished and dedicated group of individuals to lead both the fire and police departments,” Griffin said. “Without a doubt, I have complete confidence in their ability to aid and protect the citizens in the city of Oswego.”

OPD Chief Phil Cady said the promotions would help the department’s overall goal of “straightening out” the command structure and putting the department in a position for smooth operation.

“Over the past two years, there has been a renewed emphasis on reorganizing the police department and its command staff; tonight I am proud to present two new captains, three lieutenants and two investigators,” Cady said Tuesday. “All these members have shown great commitment to the department and I have full confidence for them to lead their department as we move forward.”

HELP WANTEDTown of Richland Highway Department is looking for a