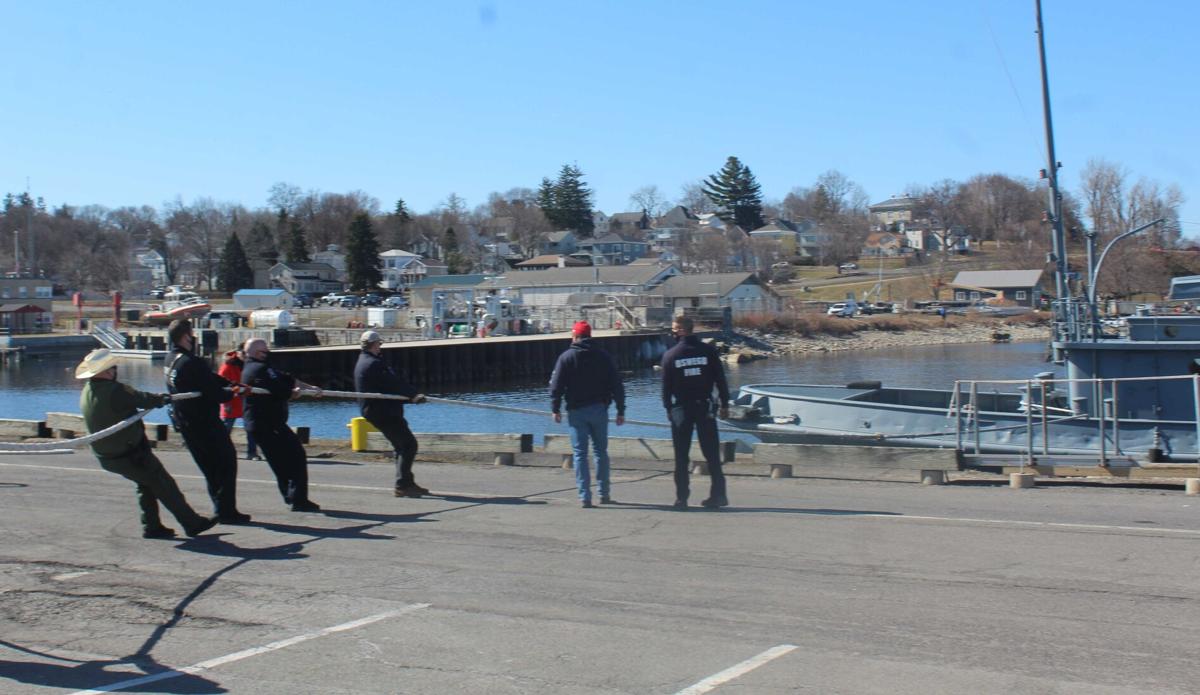 The tugboat LT-5 was discovered adrift in Oswego Harbor Sunday morning and after a successful effort by emergency crews, pictured above, was returned to its berth. 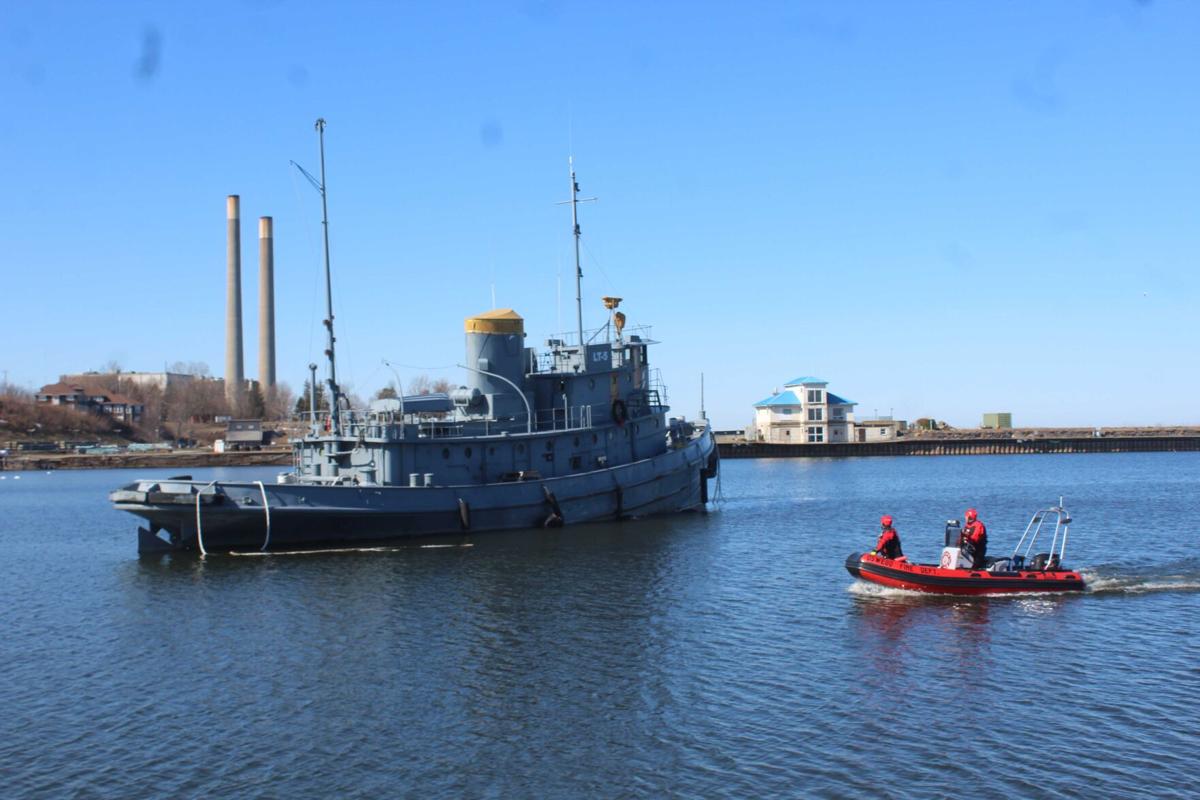 The tugboat LT-5 was discovered adrift in Oswego Harbor Sunday morning and after a successful effort by emergency crews, pictured above, was returned to its berth.

OSWEGO — The Port City’s historic harbor tugboat was successfully returned to its dock after becoming unmoored this weekend, and authorities are investigating if someone deliberately set the vessel adrift.

Crews from the Oswego Fire Department, Oswego Police Department, H. Lee White Maritime Museum, Port of Oswego Authority and other agencies gathered at the end of the West First Street Pier on Sunday morning to attempt the recovery of the U.S. Army Transport LT-5, also known as the Elisha K. Henson. The 78-year-old tugboat was built in New York City and saw action in the English Channel during World War II. It's also a National Historic Landmark, and was granted more than $350,000 for maintenance under the federal "Save America's Treasures" effort.

“We’re not sure how much of it is sitting aground,” Griffin told The Palladium-Times as two of his officers approached and boarded the LT-5 from the department’s light watercraft. “When (the LT-5) broke free, or was let free, she started to drift away and she’s pretty steady on the sand right now.”

The portion of the Oswego Harbor adjacent to the West First Street Pier is dredged to allow the Coast Guard and United States Geological Survey to enter and exit, but the LT-5 drifted far enough to become stuck.

OFD personnel secured the ship’s lines, then brought the lines back to shore where they were attached to a waiting tow truck. The truck’s torque, combined with guidance from firefighters and other first responders, was able to guide the ship gently back to its berth. The entire process took roughly 15 minutes.

Officials said they’re investigating how the ship broke free. The LT-5's ropes were recently purchased and installed by the museum, and the lack of damage to the ropes raised immediate questions regarding the circumstances.

“(The LT-5) was here, like she has been all winter, and the lines were intact,” Griffin said. “If the rope was still here and broken in the middle, I’d think maybe it broke free. But it’s pretty clean.”

The LT-5 is owned by the Port of Oswego Authority, which also oversees the H. Lee White Maritime Museum.

City officials confirmed that they are treating the matter as a potential criminal act, and on Sunday said the police department was pulling security footage from nearby cameras. The investigation is ongoing.