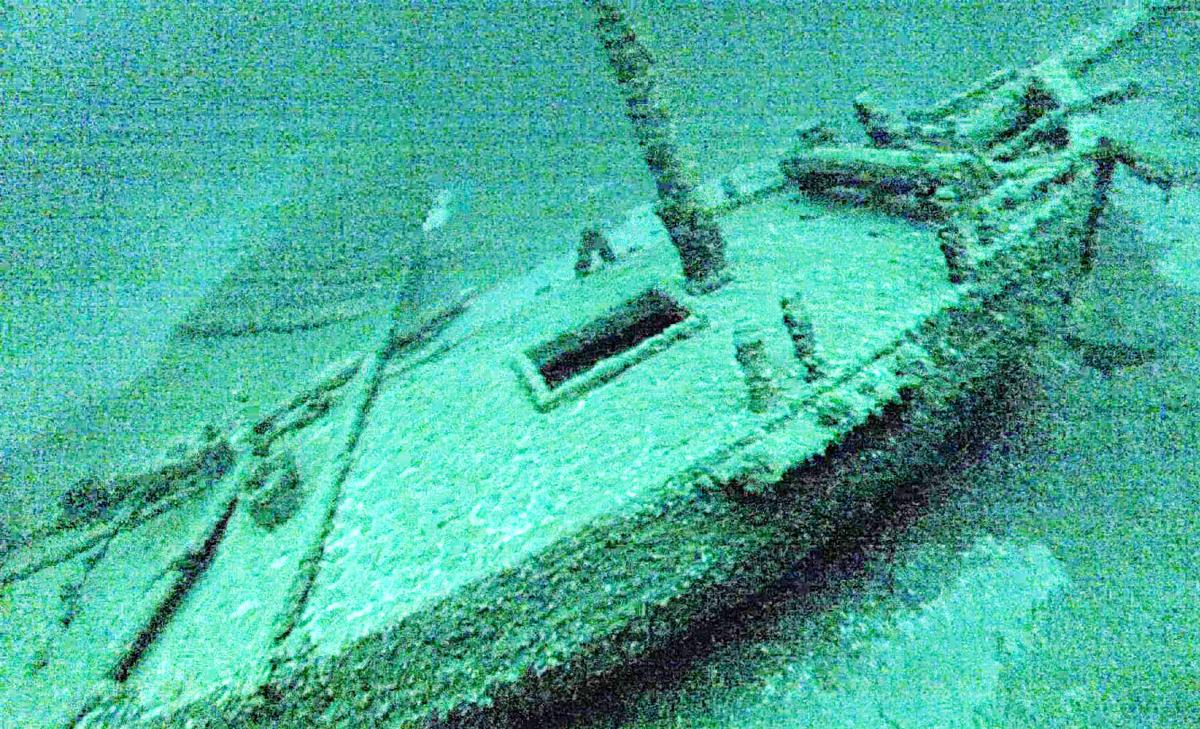 The Great Lake Ontario National Marine Sanctuary would preserve the waters off Oswego County, which are filled with shipwrecks and other treasures. In 2016, a team of explorers announced they’d located the wreck of the oldest confirmed commercial ship in the Great Lakes: The Washington, a sloop built in 1797 that sank in Lake Ontario off Oswego in 1803. 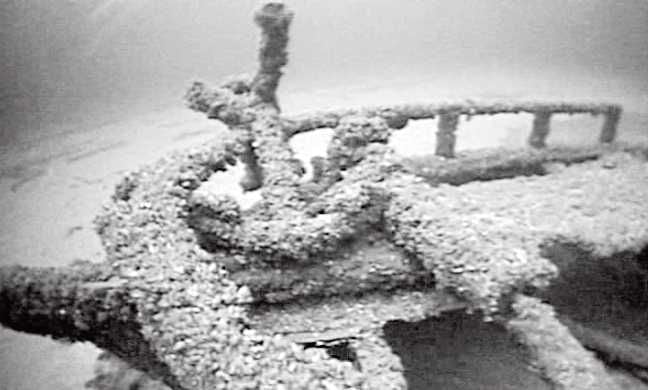 Pictured is an 1833 dagger-board schooner found in Lake Ontario by Jim Kennard in 2014. 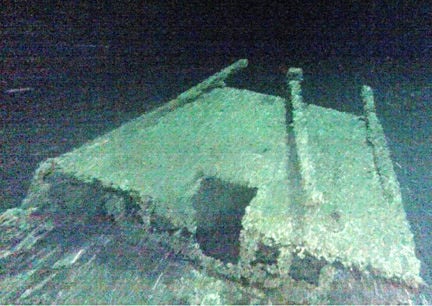 Explorers on Lake Ontario identified the remains of the Black Duck, a “highly unusual” scow-sloop, in the deep waters north of Oswego in recent years. The vessel was sunk by a storm in 1872 while attempting to deliver coal from Oswego to Sackets Harbor.

The Great Lake Ontario National Marine Sanctuary would preserve the waters off Oswego County, which are filled with shipwrecks and other treasures. In 2016, a team of explorers announced they’d located the wreck of the oldest confirmed commercial ship in the Great Lakes: The Washington, a sloop built in 1797 that sank in Lake Ontario off Oswego in 1803.

Pictured is an 1833 dagger-board schooner found in Lake Ontario by Jim Kennard in 2014.

Explorers on Lake Ontario identified the remains of the Black Duck, a “highly unusual” scow-sloop, in the deep waters north of Oswego in recent years. The vessel was sunk by a storm in 1872 while attempting to deliver coal from Oswego to Sackets Harbor.

OSWEGO — Federal officials have expressed interest in moving forward in the designation process for a marine sanctuary that encompasses portions of Lake Ontario in Oswego and the surrounding counties.

The so-called Great Lake Ontario National Marine Sanctuary nomination was accepted by the National Oceanic and Atmospheric Association (NOAA) in 2017 and could soon enter the designation process — the next step toward becoming an official marine sanctuary. NOAA officials confirmed Wednesday the organization has reached out to the entities that nominated the proposed sanctuary to indicate interest in moving forward.

Though NOAA officials said the designation process is “not officially a go yet,” the proposed Lake Ontario sanctuary is eligible to be designated a national marine sanctuary and the next step would be NOAA publishing a notice of intent to seek public comment on the proposal.

“NOAA has been in contact with the nominators of the Lake Ontario proposed sanctuary and we are interested in moving forward,” said Ellen Brody, Great Lakes Regional Coordinator of NOAA’s Office of National Marine Sanctuaries. “The notice, if it comes out, would have a schedule of our first set of public meetings.”

A spokesperson for Congressman John Katko, R-Camillus, said the announcement would be in the federal register next week and a formal celebration was likely in the near future. Last month while addressing the Oswego County Legislature, Katko called the effort to make the waters of Lake Ontario a marine sanctuary “promising,” but added it was “not definite.”

“That would bring a lot of support, a lot of notoriety, a lot of tourism and some federal dollars,” Katko said. “And it’s not going to disrupt the fishing industry at all. In fact, it’s going to enhance it I think because more people will be coming up to visit for the marine sanctuary and they’re going to take more trips out fishing as well.”

Katko said there were “a lot of shipwrecks in the waters that are very well preserved,” adding NOAA would be able to help promote those assets.

County Administrator Phil Church said NOAA hasn’t published the intent in the federal register yet, adding “nothing is definite” and to the best of his knowledge no formal decision has been made.

“They’ve been in touch with me and the other counties about their interest in moving forward into the designation phase,” Church said. “The designation phase could take years. It’s a multi-phase process that would begin with some public meeting in all four counties.”

Representatives from Oswego, Cayuga, Wayne and Jefferson counties and the city of Oswego submitted the initial application. If approved, the sanctuary would span 193 miles of Lake Ontario shoreline in the four counties.

Oswego Mayor Billy Barlow said he is “thrilled to hear the process is moving forward,” and thanked Katko and Church for their hard work throughout the process and keeping the nomination alive.

“My focus is to locally drum up support for the designation, but also to position the city of Oswego to be the center hub of the entire area should that designation come through,” Barlow said Wednesday. “When we get the designation we need to capitalize and make Oswego the central location so we can reap the most benefit from the designation.”

Church noted the marine sanctuary designation would be heritage-based and focus on shipwrecks, not the environmental features. He said the sanctuary wouldn’t place additional regulations or limits on sportfishing or commercial uses.

“Basically if this moves forward, of course, it’ll be a wonderful thing with a lot of benefits for the region,” Church said. “But we’re still waiting on notification from NOAA.”

Officials have said preservation research and exploration of the area are foundations of the application. Nearly 80 shipwrecks are estimated to be located within the proposed sanctuary, which was the site of considerable marine traffic in the past.

NOAA accepted the nomination for the marine sanctuary in March 2017 after a lengthy review process that determined the application met the agency’s standards of national significance and management considerations.

Prior to an official designation, NOAA would ask the public for input on potential boundaries, resources that could be protected and any other issues or information that should be considered. NOAA would prepare draft designation documents, including a management plan and environmental impact statement.

The final stage before an official designation would involve public review, and before the designation becomes effective, members of congress and the governor would have an opportunity to review the documents.

Following any designation, an oversight board would be established to preside over the protected area, according to county officials. That board would likely include representatives from the Port of Oswego Authority, state historians, SUNY Oswego, charter boat captains and other local stakeholders.

The sanctuary will be compatible with an offshore windfarm, in congruent geographical locales. Another example of multiple-use is the building of the Ambler Road through the Brooks Range.