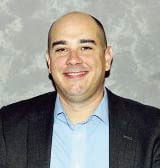 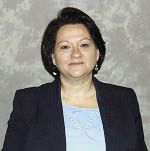 FULTON — The Fulton City School District Board of Education approved the contracts for two new administrators by a 4-0 vote at its regular meeting Tuesday.

Three of the board members — Tim Crandell, Dave Cordone and Lynn Lyons — were absent from the meeting. Brenda Abelgore came in despite being sick, so the board had a quorum, but she left after the voting was done.

“It’s a very exciting opportunity and I look forward to going to another level within the district and continue a lot of work that we’ve started,” Geitner told The Palladium-Times. “I’m a graduate of the Fulton school district … so it’s been exciting to see the changes and the improvements we’ve made over time and I look forward to continuing that work.”

Geitner became the social worker in the Fulton City School District in 2001 and was appointed as the secondary assistant principal at the junior high six years later. In July 2008, she took the position as the director of student support services.

Geitner earned her bachelor’s degree from Hamilton College and went on to get her master’s degree from Syracuse University. She then got her certificate of advanced studies from St. John Fisher College.

Geitner is taking the reins from Thomas Greer, who has served as the director of personnel since October 1993. The Auburn native’s experience before joining the district was in the private sector working for Auburn Plastics and ALCo Power.

For Greer, it’s a mix of emotions as he prepares for retirement.

“We’re about education and teaching kids. My role is to help us find staff that will help us meet the needs of kids,” Greer said. “I’m a support to the staff who are directly involved with kids.”

Carroll is taking over for Elizabeth Conners, who spent more than three decades working for the district, including more than 14 years in her current role.

Both Conners and Greer, along with the rest of the Fulton staff, have helped make for a smooth transition into new roles for Geitner and Carroll.

“They’ve been bringing me up to speed on all the things I need to know going into the transition,” Geitner said. “I’m sure I’ll never learn everything that I need to know in this few short months, but they’ve been providing tremendous support and giving me the opportunities to shadow, attend meetings and learn the ropes.”

Carroll has been the district’s director of instructional support services since May 2014 after previously serving as the intermediate school principal in Central Square and the elementary school principal in Johnstown. Carroll earned his bachelor’s degree from Saint Michael’s College in Vermont and went on to get his master’s degree, as well as a certificate of advanced studies in school administration, from SUNY Albany.

“They have a rich history here in the district, and they have a lot of information they bring to the table,” Fulton superintendent Brian Pulvino said of Carroll and Geitner. “If you look at their performance over the years and the impact they’ve had on kids … they’ve been a big part of driving our district.”