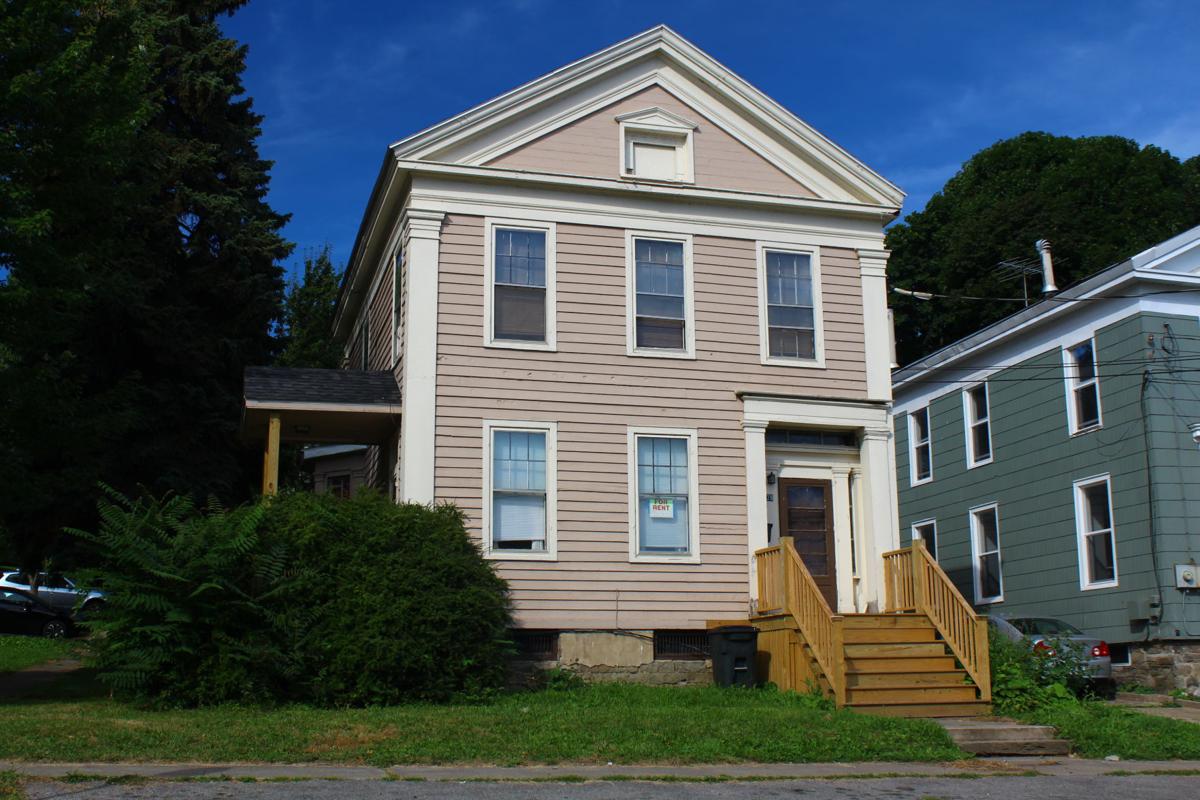 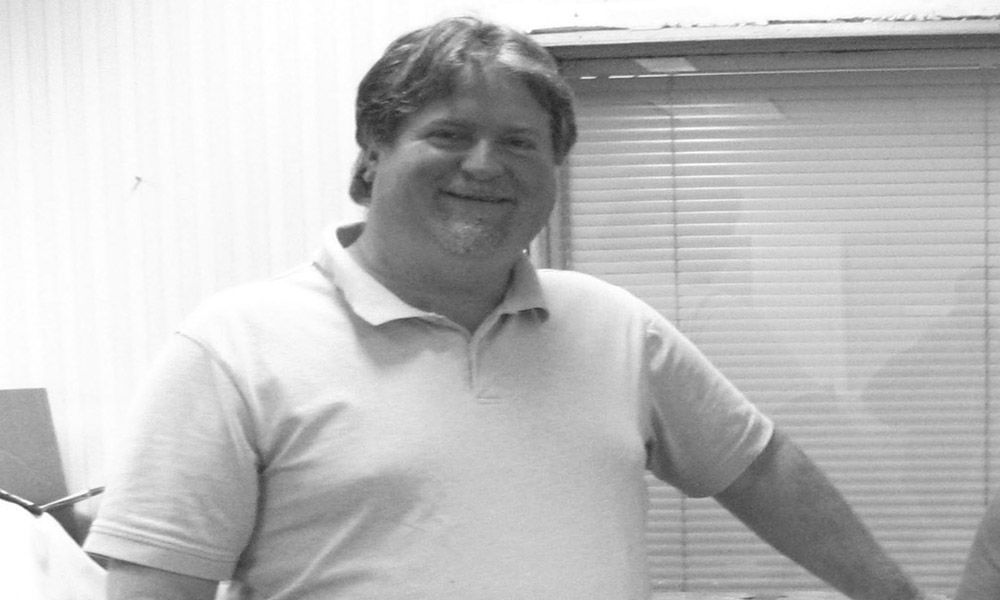 Police have investigated Waterbury at least three times since 2014 after women accused him of sexualizing apartment showings, according to Oswego Police Department records obtained in a Freedom of Information Law request.

Authorities said Waterbury’s alleged actions with three separate prospective female tenants between 17 and 27 years of age did not constitute crimes per New York State Penal Law, according to the police reports. He was not charged in any of the cases.

But the women’s descriptions to police of Waterbury’s alleged behavior and phrasing — including overt advances and what women perceived as hints at sex for rent or cash — mirror many claims by six female plaintiffs in CNY Fair Housing’s lawsuit last week, as well as sexual harassment allegations spanning 30 years made by more than a dozen women in interviews with The Palladium-Times.

Reached by phone Friday, Waterbury said he had no comment in response to the similarities between the police report accusations and the allegations in the civil case. He then ended the call as a reporter asked a question.

Oswego Police Chief Tory DeCaire said recently he couldn’t comment on any particular investigations, but he noted OPD had an “ongoing investigation” into “at least one report from a victim alleging inappropriate and suspicious activity involving a local landlord.”

According to CNY Fair Housing’s lawsuit and in interviews with more than a dozen women, Waterbury allegedly mentioned “work” or “trades” female tenants or apartment hunters could provide in exchange for discounted rent.

Women often allegedly responded with suggestions of maintenance or cleanup at his apartments, but several women alleged he indicated that’s not what he meant by “work” or “trades,” according to interviews and CNY Fair Housing’s lawsuit.

“The ‘trades’ that (Waterbury is) willing to accept as payment for rent do not include manual labor or other goods, but rather sexual favors,” CNY Fair Housing alleged.

According to an April 4, 2014 police report, a 17-year-old female told Oswego police that during an apartment viewing at 146 E. Second St., Oswego, Waterbury allegedly asked if she “was open-minded on making money.”

When the young woman allegedly replied that she planned to apply for jobs at local restaurants and asked Waterbury if he had any other ideas on how to earn money, he allegedly said “he had (an idea) but was not going to tell her,” according to the police report.

She allegedly told Waterbury “she could do yard work like raking or painting,” the report said.

The woman told police she grew “uncomfortable with the situation because Waterbury continued to ask her if she had any other ideas. (She) began to think that he may be referring to sexual acts,” according to the report, which notes authorities found no crime had been committed.

The 17-year-old female’s statements to police mirror allegations made by a 24-year-old woman who is a plaintiff in CNY Fair Housing’s lawsuit and who spoke to The Palladium-Times on the condition of anonymity to discuss what she described as ongoing investigations into Waterbury.

During an apartment showing in 2014, Waterbury allegedly mentioned the woman could “work for rent.”

“I thought he meant cleaning up,” she alleged. “I knew he had a lot of properties.”

In that case, the woman alleged Waterbury grabbed his crotch and referenced “trades” for rent.

CNY Fair Housing described Waterbury’s alleged actions with female plaintiffs between 2012 and 2017 as “willful, wanton and reckless” abuses of the Fair Housing Act, which prohibits quid pro quo harassment where housing depends on an alleged victim’s submission to implicit or explicit sexual demands, as well as pervasive and intimidating behavior described as hostile environment harassment.

In a May 18 police report, a 27-year-old woman alleged to police that a man matching Waterbury’s description, but who didn’t give his name, told her “If you do more than kiss, I will lower the rent.”

According to the report, the man’s statement allegedly came after he had already asked to kiss her while “standing in front of her while she was sitting down” after he “told her to have a seat on the couch” at 28 W. Fourth St., Oswego, which is owned by Waterbury according to property records.

The woman believed “he was referring to sex” when he allegedly mentioned “more than” kissing and she “left the apartment because she wasn’t comfortable,” according to the report.

“At no time did the male make any sexual references or touch her or expose himself to her,” the woman told police, who determined no crime was committed.

Over the last several months The Palladium-Times has interviewed 15 women who allege Waterbury solicited sex-for-rent scenarios while they viewed apartments or rented from him in episodes dating back to the 1980s.

Many women with sexual harassment allegations against Waterbury agreed to go on the record without knowing there were any investigations or potential lawsuits against him.

Some plaintiffs and women interviewed by The Palladium-Times alleged Waterbury blatantly pressed them for sex in exchange for cheaper rent.

Four women, two of them part of CNY Fair Housing’s lawsuit, alleged in interviews that they submitted to his demands for oral sex or intercourse.

If a woman tells Waterbury she cannot afford to pay the amount he requires, “or expresses any sense of desperation about finding housing,” he “attempts to capitalize on her vulnerability by using his control over her housing to force her into unwanted sex acts,” CNY Fair Housing alleged.

On May 15, a 19-year-old woman told police that during an apartment viewing at 146 E. Second St., Oswego, she allegedly told Waterbury she “did not know how she was going to come up with the last month’s rent” and “that she would do anything for the apartment,” according to the police report.

The woman, who noted she was receiving rental assistance from social services, alleged that “Waterbury told her to come closer and when she did he asked her to lift her shirt and bra,” according to the police report narrative.

Waterbury then allegedly “undid his pants and told her to (perform oral sex),” which she did, she told police.

Police noted the woman said she never told Waterbury “no, stop, or that she did not want to do this,” according to the report.

But shortly after the apartment showing she told a police officer at Oswego Hospital that Waterbury had intercourse with her “without her permission,” according to the report.

The woman later “kept saying that she felt like it was her fault,” while an “advocate kept holding (her) hand telling her she did not do anything wrong,” according to the police narrative.

After consulting with state police and the Oswego County District Attorney’s office, “it was determined that there was no crime according to NYS Penal Law and was more two adults having consensual sex,” according to the police report.

The 19-year-old woman’s allegations in the May police report resemble those of a 32-year-old woman who told CNY Fair Housing and The Palladium-Times that in 2012, when she was receiving assistance from the government, she acquiesced to Waterbury’s demand for oral sex as he allegedly blocked the exit of the room after an apartment showing.

CNY Fair Housing’s lawsuit also includes a 25-year-old plaintiff who told the housing agency she encountered Waterbury in late 2016, when he allegedly pulled up to her in his car and offered her a ride home as she was walking in Oswego carrying several items.

“Consistent with Waterbury’s pattern of preying upon women with limited resources, when he learned that (she) received public assistance, he told her that he could ‘work with’ her in setting a price,” the lawsuit alleged. “When (she) asked him to explain what he meant, Waterbury explicitly asked her if she would be willing to perform ‘sexual favors’ in order to lower the security deposit and/or rent.”

The alleged advances made the woman “extremely uncomfortable. She told him no and got out of his car,” but according to CNY Fair Housing, Waterbury “continued to harass (her) by repeatedly making unwelcome sexual advances toward her.”

DeCaire, who repeated that he could not speak directly to any specific case, noted that “certainly, not every wrongdoing is an offense for which police can make an arrest.”

“Police investigators and the district attorney’s office have to evaluate whether criminal charges are appropriate based upon the totality of the circumstances surrounding any given incident,” DeCaire noted, adding that sexual harassment was not in the pages of state penal law but is a tort “most appropriately and most frequently handled in the civil court system.”

He added that “if someone feels uncomfortable, unsafe, or feels as though they are a victim of a crime, they should report it to the police for investigation. Those who feel they have been discriminated against, whether sexually harassed or otherwise, can also report those cases through civil avenues such as CNY Fair Housing or discussing the case with their own attorney.”

Alleged victims can file civil complaints even if they acquiesced to the sexual demands or experienced no loss of housing or finances, according to the Fair Housing Act.

Its lawsuit is set for a scheduling conference in November.