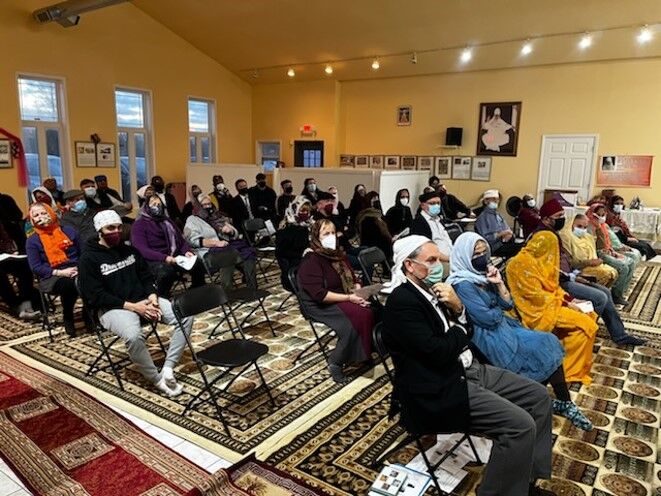 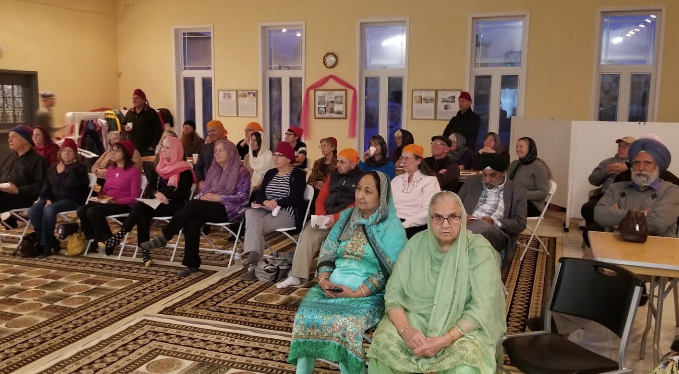 Reflecting on arson attack on temple 20 years ago, Gobind Sadan community refers to it as a ‘teachable moment’

CENTRAL SQUARE — Twenty years have passed since the arson attack in Central Square that took down the 150-year-old farmhouse that harbored Gobind Sadan, a temple of worship for practicing Sikhs that encourages interfaith meditation.

Now, the community around “God’s house without walls,” as the temple is known, trusts the partners that once helped them rebuild to fight a bigotry and misunderstanding that feel all too familiar.

Sikhism is a monotheistic religion that originated in the Punjab region in India and preaches the idea of a “world without walls.” Gobind Sadan was founded in 1986. The temple suffered severe damages on Nov. 18, 2001, due to a fire caused by four teenagers who at the height of America’s campaign of revenge for the 9/11 attacks thought the temple was a pro-terrorist organization.

In statements to law enforcement, the teenagers said they acted in response to the 9/11 attacks.

“I thought the place was called ‘Go bin Laden and the people who lived there supported (Osama) bin Laden and his attacks on America,” one of the teenagers who caused the fire told police.

For members of the Gobind Sadan community, the incident is remembered as an opportunity to forgive, educate, and unite. To do so, Gobind Sadan hosts a “gathering around the light” event, which brings together community members for a night of meditation, remembrance, and reflection on the power of forgiveness. The most recent iteration of the event occurred over the weekend at the rebuilt temple, which opened its doors in 2008, and was brought back from the ashes with the help of other local faith organizations.

“One would think that the celebration of an arson attack is an oxymoron,” said Ralph Singh, a founding member of Gobind Sadan. “In fact, the event we are celebrating is the wonderful life and joy that was released at the time of this hateful act, and the teachable moment that grew out of it.”

“At a time when our country and the world is deeply divided, let us gather and celebrate our shared values and commitment to making a better world for future generations, and look to the power of forgiveness, as taught in all our traditions, to bring much-needed peace.” he said.

The fire provided an opportunity to test one main teachings of the Guru Granth Sahib, Sikh’s holy scripture, which Singh said was found unscathed after the fire.

The members of Gobind Sadan have demonstrated a clear example of forgiveness by integrating Cassie Phillips, one of the teenagers who helped set the temple ablaze, into their community.

“Right after the arson occurred, I was so touched by the overwhelming forgiving hearts from the people of this community. This was a time in my life where I was doubting my faith and questioning if there was a God or a higher power at all,” Phillips said in a letter read by Singh on Saturday. “I recall asking myself, if there is a God, would he really allow me to be involved with such acts of hate and ignorance, to be involved with an arson attack on a home of worship?”

In her letter, Phillips said she struggled to maintain a relationship with a higher power for years after the attack, adding she constantly wrestled with feelings of anger, shame, and guilt.

“I couldn’t say thank you enough for all the forgiveness given with kind hearts and open arms. Never in a million years would I have thought so many miracles and blessings could come from such negative acts,” said Phillips, who is now a traveling nurse and a mother. “This loving community didn’t only forgive me when I didn’t know how to forgive myself, but they led me to the light.”

“As we discussed various manners by which we could proceed with the case, it was astonishing to me that their overwhelming concern was with the future of the defendants,” Todd said. “It was clear that it was important (for members of Gobind Sadan) that this should be an opportunity for redemption and for the teenagers to still be able to live a productive life.”

Todd said their decision to seek a more forgiving sentence had an impact on his career.

“It made me a better and more compassionate person and prosecutor,” he added.

Some panelists expressed concerns regarding recent increases in social polarization and division.

In the last few years, there has been an uptick in hate crimes reported to the FBI. According to findings published by the FBI in 2019, Sikhs are the third most commonly targeted religious group in the dataset. They make up 4.3 percent of the 1,617 victims of anti-religious hate crimes.

Fred Fiske, who was the editorial page editor of the Syracuse Post-Standard at the time of the incident, spoke at the event, noting the rise in social division.

“There are a lot of people still acting in a way that is terribly wrong,” Fiske said. “The people who did this were motivated by patriotism. They love their country and were angry at the terrorist attacks on 9/11. Yet what they did was terribly wrong. Even though they were caught and tried, the act remains. And acts like that continue as ignorance and stupidity is still out there in the country.”

Fiske praised Gobind Sadan for their resilience and their efforts to help others.

A possible way to address division, attendees said, is through education.

“Family and community guidance is essential, but our education system has a critical role to play,” said Mark Lichtenstein, the former Mexico Academy and Central School District Board of Education president, adding schools play an integral role in the lives of the youths. “The overall objective (of these institutions) should be to move beyond tolerance to a true understanding of other people’s cultures and the work and dignity of every person.”