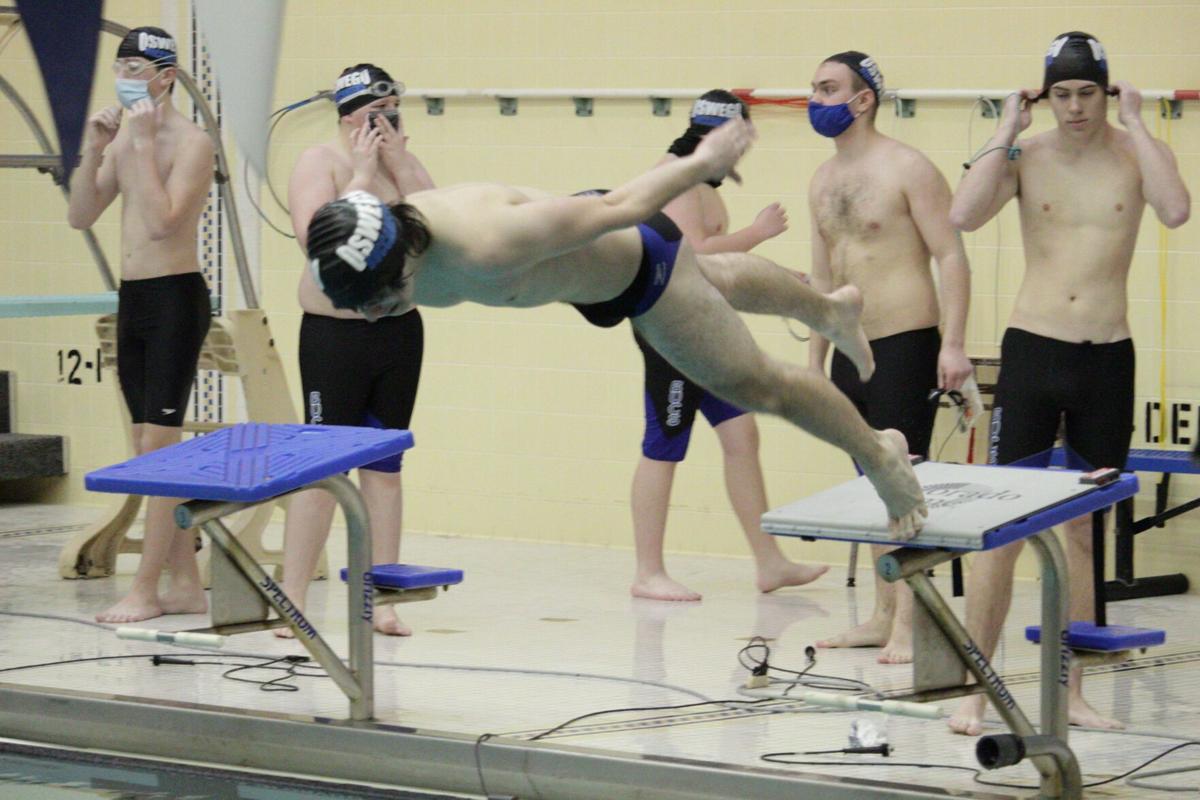 Jack Tonkin dives in for the third leg of Oswego’s 200-yard freestyle relay, where the team finished in 1:47.62 in the virtual meet against Fulton 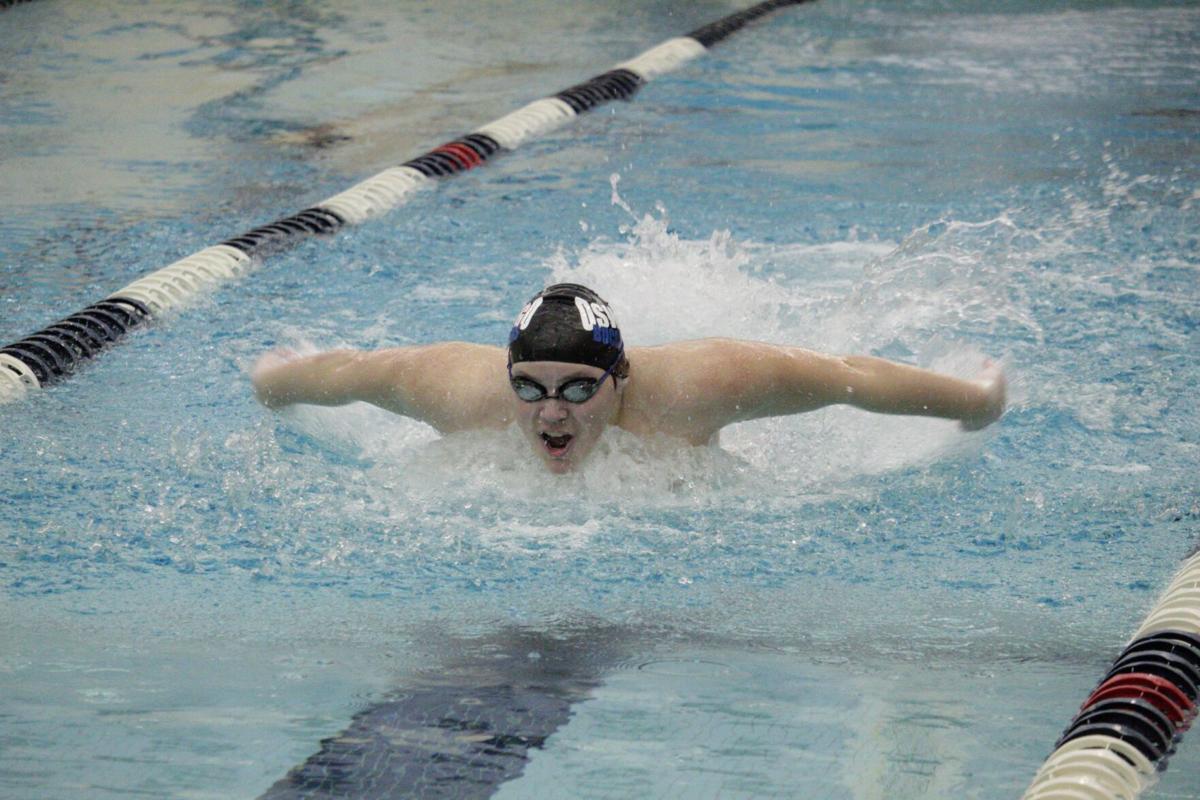 Above, Treyse Miller swims the butterfly portion of the 200-yard individual medley in the virtual meet against Fulton. The freshman finished in 2:23.96, out-touching two teammates.

Jack Tonkin dives in for the third leg of Oswego’s 200-yard freestyle relay, where the team finished in 1:47.62 in the virtual meet against Fulton

Above, Treyse Miller swims the butterfly portion of the 200-yard individual medley in the virtual meet against Fulton. The freshman finished in 2:23.96, out-touching two teammates.

OSWEGO — The Oswego varsity swimming and diving team’s meet against Fulton lasted approximately two hours, but the Buccaneers still don’t know the outcome of the meet.

In an effort to limit exposure to COVID-19, each team was to compete in its own pool, recording their own times and then submitting them to the opposing team in order to determine points from each event.

Instead of seeing swimmers from both teams in alternating lanes, Oswego took the pool on its own, swimming in lanes two, four, and six. Oswego coach Josh Lerch said that in reality, the results would be immediate. But since Fulton’s pool had a heater issue, times won’t be officially submitted until Friday when the Red Raiders swim.

Since swimmers cannot see opponents in real time, Lerch added that is has been tough when it comes to motivation during a swim meet. He also said there has been a “team mantra” where swimmers have to want it and “swim their own races.”

“I don’t think anything is as motivating as that extrinsic motivation you get from seeing that race,” he said. “But, we race in practice and we really do talk about how we need to have a strategy, especially in those events longer than 50 [yards].”

All 12 events still went on as normally as possible for the Bucs, however. Swimmers’ names were announced before each event and two referees officiated the meet, while swimmers and coaches cheered on their teammates to fill the void of an empty arena.

Masks had to be worn whenever swimmers weren’t in the water. During relays, masks were taken off right as swimmers stepped on the blocks and then put back on immediately after getting out of the water.

“This is just so different this year,” Lerch said. “This is probably the least prepared I’ve ever felt going into a meet.”

The Bucs have been swimming in practices for weeks now, Lerch mentioned. Since the 15-person team has a majority of newcomers, practices have focused on technique and “doing everything as efficiently as possible,” the coach said.

“We’ve been trying to get our time drops because we’re in fantastic shape after a couple of weeks,” Lerch said. “They did pretty well [today] ... With really minimal training, the new guys did quite well.”

Lerch said he was pleased with some of the times and scores that his swimmers and divers produced Thursday.

Between teammates, the 200-yard medley relay of Shane Bond, Jake Smith, Treyse Miller and Jack Tonkin won with a time of 1:56.69. Miller and Bond, alongside Jacob Sledziona, were all two-event winners among the Bucs.

“Comparing this year’s team to last year’s team, it was a very small team. Half of this team is returning and they did quite well. The other half, which is new, did better than I hoped,” Lerch said. “I watched a lot of these kids race on modified last year. They did a good job of learning. They exceeded my expectations.”

Tonkin took first in the diving event with a score of 415.1425 points, closely followed by Smith (368.575). Since the Oswego High School pool has never hosted an 11-dive event, Tonkin is also now the pool record holder for the event.

The Bucs virtually take on Weedsport on Tuesday, which is the second scheduled meet of the four-meet season for Oswego. The Bucs will also travel to Auburn next Thursday and to Nottingham next Friday.

“Some of the kids, they just swam the event they’ll be focused on this season, as short as it is. So we’re going to fine tune that and get ready for the next meet,” Lerch said. “Other kids, especially the kids that have been here for awhile and have multiple events, it’ll just be getting ready for the next meet.”