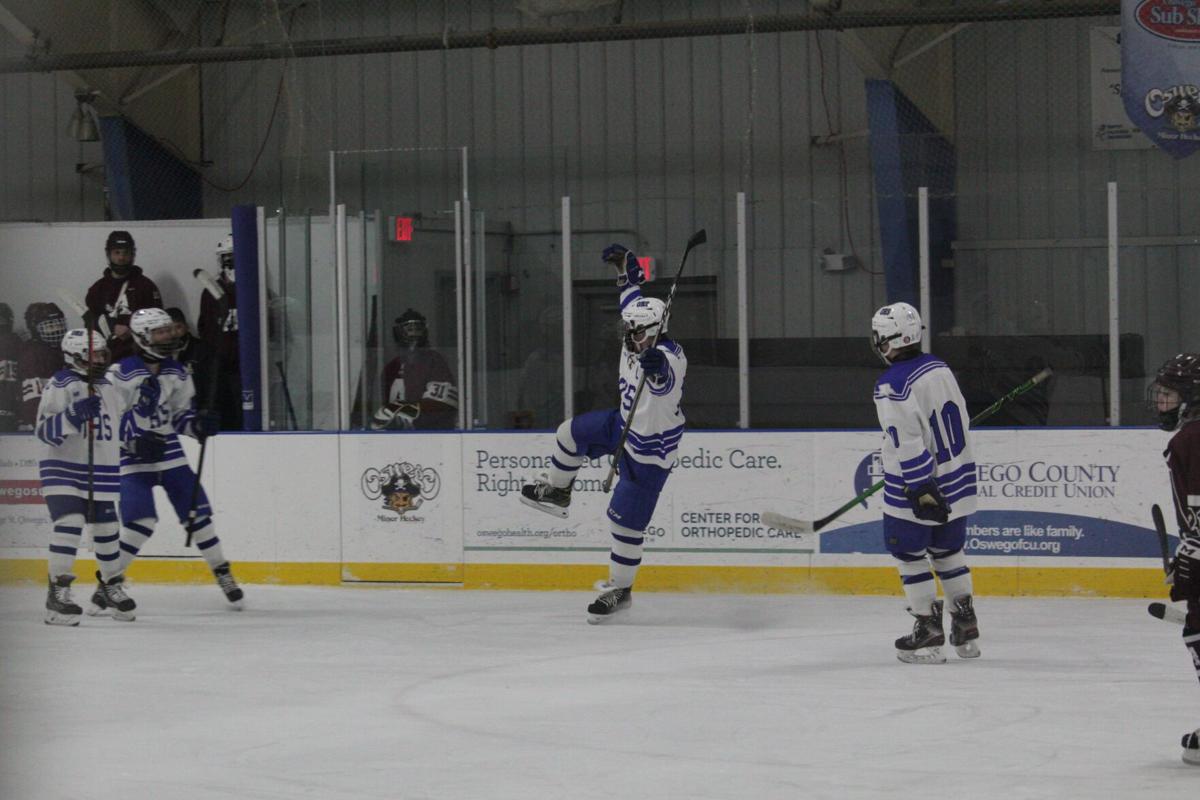 Adam Michalski celebrates after scoring his second goal of the night in the Bucs' 5-1 defeat of Auburn. 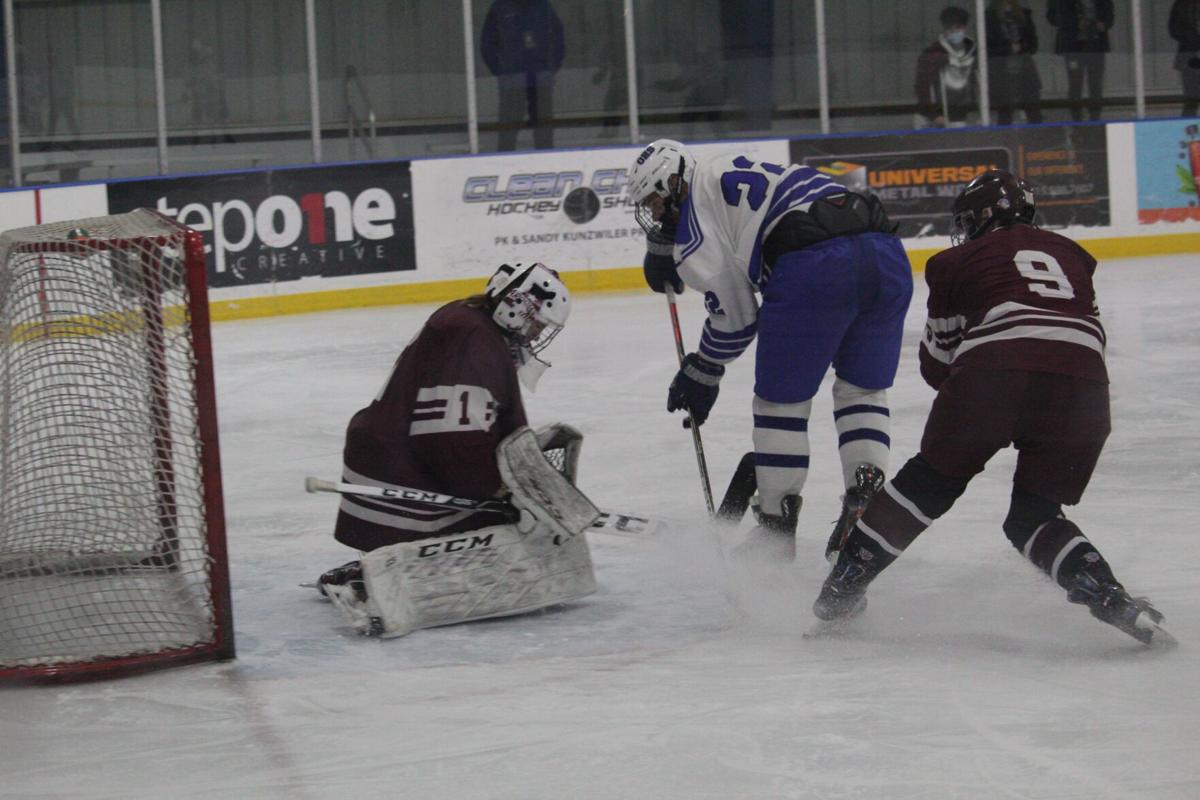 Collin Cianfaro (middle) attempts to shove the puck past Auburn goaltender Mason Jones in the Bucs' 5-1 win over the Maroons.

Adam Michalski celebrates after scoring his second goal of the night in the Bucs' 5-1 defeat of Auburn.

Collin Cianfaro (middle) attempts to shove the puck past Auburn goaltender Mason Jones in the Bucs' 5-1 win over the Maroons.

The Buccaneers were playing their third game in as many days and missing out on practices in order to regroup, according to Oswego coach Kevin Ahern. The lack of team ice time resulted in a few minor mistakes during the game, but the team was able to “laugh it off” given the circumstances.

“We talked about it [on the bench],” he said after the game. “It’s just what we’re dealing with.”

In putting “a full game” of hockey together, the Bucs committed limited penalties and sent only three players to the box. They “played well with our overall system,” Ahern said.

Oswego killed all three Auburn penalty chances, and tallied a power-play score of their own from Adam Michalski. The senior defenseman also had a backhand goal late in the third period and the primary assist on Frank Winchek’s deflection goal in the second.

“[Adam] needs to really take games over on the blue line like he did tonight,” Ahern said. “When he had the opportunity to beat someone one-on-one, he did it. His decision-making was good tonight..”

Joe DiBlasi had two tallies of his own, including one goal where he “walked through four guys,” according to Ahern. Neil Roman and Brayden Miller both chipped in assists in Michalski’s first goal of the game.

“Joe just works incredibly hard. His attribute is just being a grinder and working hard,” Ahern said. “Our whole bench erupted after [that one] goal.”

Brandon Demling secured his third win of the season stopping 19 of the 20 Maroons’ shots he faced. Ahern sat Demling Tuesday against Christian Brothers Academy for a “chance to catch his breath.”

“Giving him a night off [Tuesday] night was almost a little bit of a relief for him,” Ahern said. “Playing at home, where he’s more comfortable, he looked confident tonight and made some nice glove saves and controlled his rebounds.”

The Bucs (3-5) will try to ride their winning momentum with a match against Skaneateles (8-0) tonight. It will be their fourth game in four days. Skaneateles last played Tuesday with an 8-0 drubbing over Cortland-Homer.

Oswego will have to focus on staying disciplined and playing a complete game against Skaneateles, Ahern said. He also added it is always a nice challenge to face the Lakers, taking on a close friend in Skaneateles coach Mitch Major.

“There’s no way we can take four, five, six minor [penalties] and not run out of gas. If you’re killing half a period of hockey, we won’t make it in the third period," the coach said. "Skaneateles is one of those games where you need everyone to have their A-game and you need some breaks. We’ll need them to miss some golden opportunities, and we need Brandon to make a few big saves.”