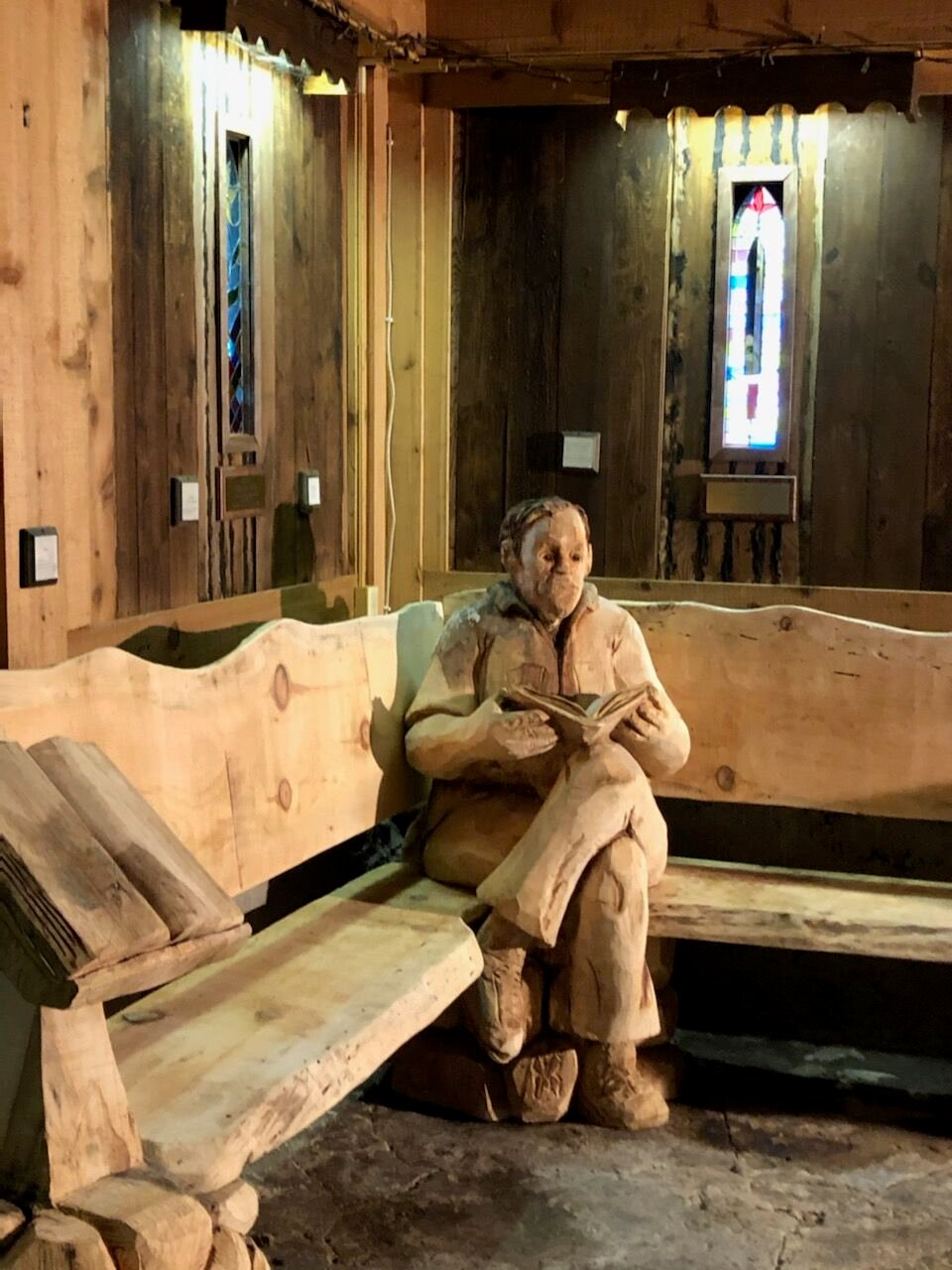 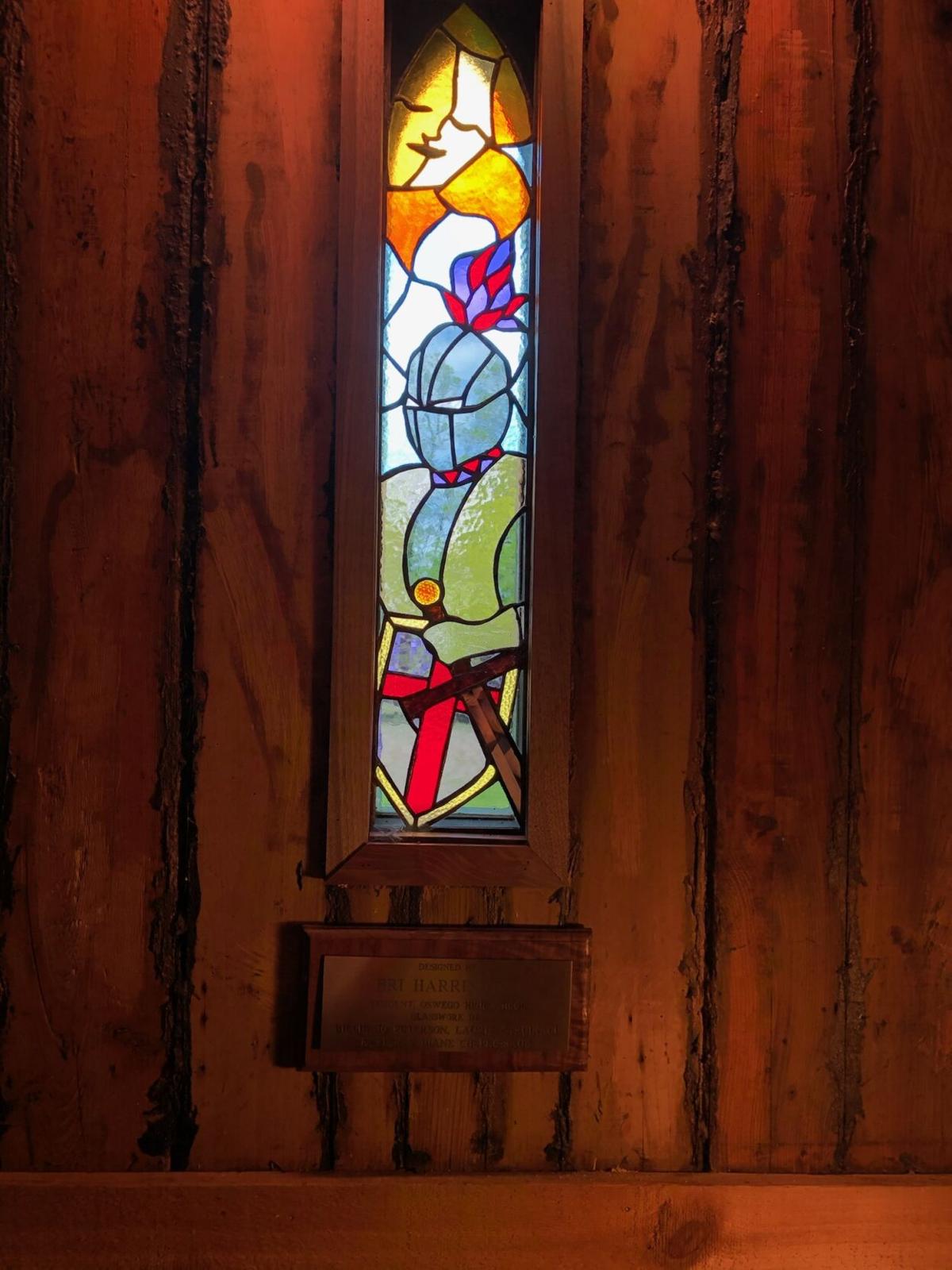 A stained-glass knight keeps watch over Casey’s Cottage at Mexico Point Park in one of 18 recently refurbished windows at the “medieval manor.” 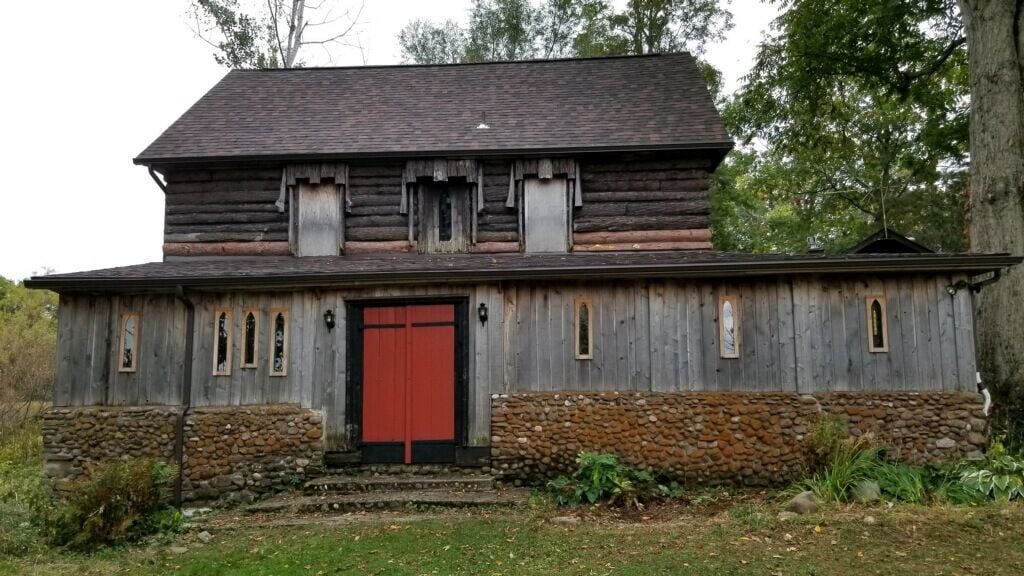 The exterior of Casey's Cottage at Mexico Point State Park.

A stained-glass knight keeps watch over Casey’s Cottage at Mexico Point Park in one of 18 recently refurbished windows at the “medieval manor.”

The exterior of Casey's Cottage at Mexico Point State Park.

OSWEGO — One of Oswego County’s singular and most intriguing attractions will open its doors to visitors Memorial Day weekend after a haitus of a year and a half due to COVID-19.

Casey’s Cottage is one of the area’s “hidden gems,” say members of its preservation society. The cottage is nestled among the trees near the former mouth of the Little Salmon River at Mexico Point State Park, and across its lush lawns are a stone foundation and a few sculptures — all that remains of Orville Hungerford’s elegant Mexico Point Club House circa 1906.

The Friends of Mexico Point Park are now inviting the public to experience, albeit a little delayed, the product of years of restoration work — the organization was gearing up for a big visiting season in 2020 to show off its transformation but COVID-19 got in the way.

Just before closing for the winter of 2019-2020, the Friends of Mexico Point Park completed a “big project to restore the stained glass windows in the ‘moat’ area” with designs submitted by Oswego County residents, and partly funded by grants from CNY Arts and the Shineman Foundation, according to Friends trustee Karen Ringwald.

“The designs chosen for the 18 embrasures, or narrow windows, are in keeping with the cottage’s medieval character,” Ringwald said. “Since the Cottage was only open for one weekend after the final window was installed, most people have not yet seen them all completed.”

The Friends of Mexico Point Park have put in countless hours restoring the long-neglected Cottage through cleaning, restoring its carvings, repairing its interior and exterior windows, and much more.

Imagine, if you will, life as a well-heeled man or woman in 1899 visiting the lake shore. Guests were met at the train station in Mexico and brought to the Club House by horse-drawn carriage, with their horses stabled in the carriage house. With the advent of the automobile, horses were no longer used and the carriage house was no longer needed.

William Casey, a frequent summer visitor to Mexico Point Club House and a professor at Columbia College, had the idea to transform the carriage house into a “medieval manor house,” Ringwald said.

“Walking into the cottage, and after one’s eyes adjust to the inside light, one has the feeling of walking into a work of art,” she said.

With the help of his close friend, Severin Bischoff (an artist who had studied wood carving in Germany) and some of Casey’s university students, the team built a moat, installed stained glass windows, and carved every wall, floor and even ceilings with images of people and designs inspired by the medieval period of England.

The luxury Club House hotel burned down several times and was rebuilt twice, but not a third, leaving now just a stone foundation and fireplace. While Casey’s Cottage did not burn, it was left to the dustbin of history until Grace Roop petitioned the state of New York to turn the property into a state park, and enlisted and founded the Friends of Mexico Point Park.

It’s not just history for the appreciating at Casey’s Cottage: there’s some remarkably modern additions that the Friends of Mexico Point Park can’t wait to finally share.

Starting last spring, the Friends commissioned a new project: a chainsaw carving of William Casey himself, sitting on a bench and reading in a corner of the moat.

Chainsaw artists Jon Vincent Antonuk and Adam Mulholland completed the carving in May 2020, and the public, because of the pandemic closure, has not yet seen it.

“Now everyone will be able to see this marvel and have the experience of sitting next to a life-size carving of the founder and creator of the cottage,” said Ringwald.

Visiting the cottage is free, officials said, but donations are encouraged.

Face masks are required, and visitors will be screened at the front door. The number of people that can be accommodated in the Cottage at one time is limited.

Private tours with some restrictions are available by appointment— call (315)-529-1589 to inquire. For more information, visit the website MexicoPointPark.com.