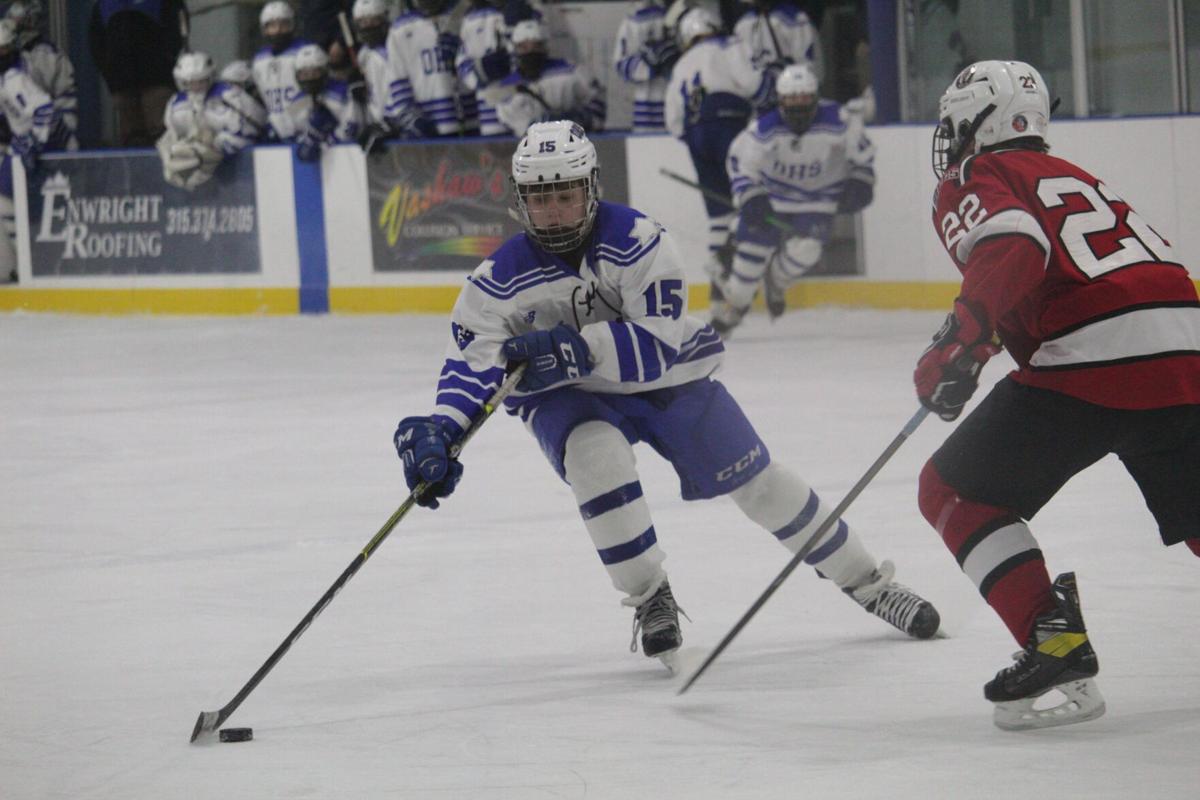 Senior Frank Winchek (left) tries to get around Baldwinsville's Garrett Sutton during the team's 6-2 loss to the Bees. Winchek had one assist in the matchup. 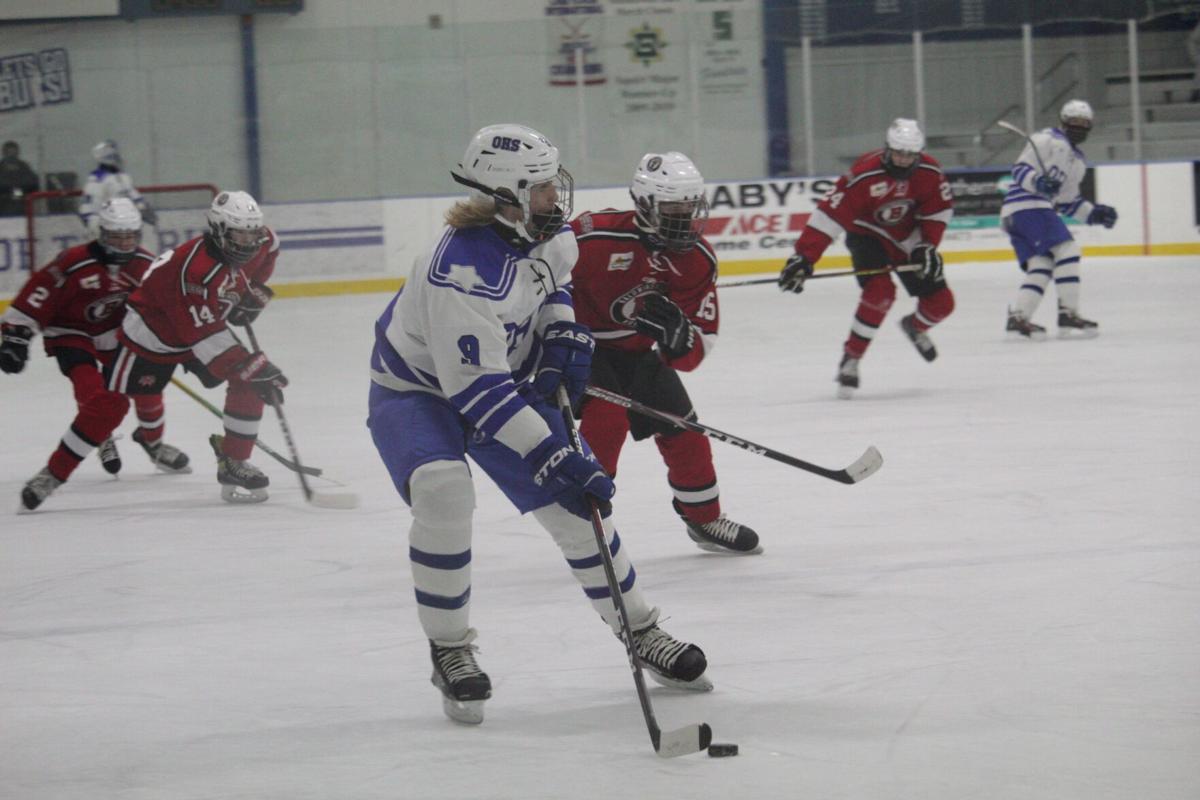 Jack O'Leary looks for an open teammate during the Bucs' 6-2 loss to Baldwinsville Monday night.

Senior Frank Winchek (left) tries to get around Baldwinsville's Garrett Sutton during the team's 6-2 loss to the Bees. Winchek had one assist in the matchup.

Jack O'Leary looks for an open teammate during the Bucs' 6-2 loss to Baldwinsville Monday night.

OSWEGO – After allowing three goals within the first three and a half minutes of the opening period, the Oswego High School boys varsity hockey team fell to Baldwinsville 6-2 Monday night.

Oswego coach Kevin Ahern responded to the swarm of goals from the visiting Bees with a timeout to give his team a moment to slow down, and replaced starting goaltender Brandon Demling with Mason Kurilovitch.

“It wasn’t like we were getting outworked or beating ourselves. I just said, ‘Let’s take a deep breath,’” Ahern told reporters after the game. “[I told them] to keep it at least 3-0, and just calm the game down. That’s what they did and I’m extremely proud of them.”

Ahern said despite the outcome, he was happy with the “total team effort” on display and was impressed by his team's low-penalty performance. The Bucs had just two men sent to the penalty box: Thomas Back, who committed a tripping minor with 48 seconds left in the second period, and Lukas Cady for a high-sticking call 9:50 of the third period.

“We’ve really been shooting ourselves in the foot with penalties,” Ahern said said. “Two minor penalties tonight and we killed them both. We were really disciplined.”

Cady also scored one of the two Buc goals, finding a wide-open net off Frank Wincheck's shot rebound during one of Oswego’s three power plays. Marcus Baker added a goal as well after snatching a loose puck from under the nose of the Bees’ goaltender. Brayden Miller chipped in an assist on the Cady goal.

Ahern was also pleased with the team’s forecheck and turnovers, which helped lead to Baker’s goal in the second period.

“We forced turnovers and had a lot of good, grade-A opportunities. Their goaltender made big saves and stopped a lot of breakaways,” Ahern said. “Goaltending can make a huge difference in some games.”

Demling made one save before he was pulled after allowing the first three goals and Kurilovitch stopped 21 shots in relief, including 11 in the third period alone. Ahern said the freshman netminder Kurilovitch is a “very athletic kid with a bright future.”

“As a young goaltender and not a huge guy, he needs to learn and develop to get out of his net a little bit more,” he said. “The first goal he let in was a long shot through a maze. If he was at the top of the crease, he would’ve gotten hit [with the puck].”

Monday's result represented the second straight loss for the Bucs after dropping a Saturday game 6-2 to Christian Brothers Academy (CBA). The team now embarks on a stretch of three consecutive games, starting with a road trip to CBA (2-3) on Tuesday. Oswego will host then Auburn on Wednesday and Skaneateles on Thursday, both at the Crisafulli Ice Rink.

Ahern said he felt the team “beat [themselves]” against CBA the first time around.

“We were so positive about tonight’s effort that we’re really going to try to carry that mentality into the CBA game,” he said. “We’re going to try to stay out of the box, play them at even strength and see what we can do against them.”